All in the Family: Ruling Class Moves Napolitano from One Giant Bureaucracy to Another 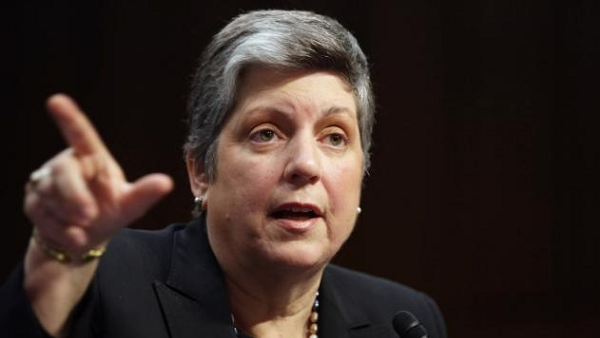 The University of California trustees’ appointment of Janet Napolitano to preside over the nation’s largest academic institution — a half million students, two hundred thousand employees, and $2.5 billion per year – is consistent with who she is and with what that university has become: yet another appendage of the ruling class.

Yes, UC’s size demands an experienced administrator at its head. Janet Napolitano’s years as governor of Arizona and as Secretary of the Department of Homeland Security prove that she can run large bureaucracies. But while UC was founded to spread and advance knowledge, Napolitano’s expertise is in something radically different, namely advancing the fortunes of the Democratic Party and of the ruling class that it represents. Alas, that is why she will fill this new role for which she was chosen.

The UC trustees look to deepen their connections with the ruling class’ highest levels in Washington, to bring in money, and to find places for professors and administrators to shuffle in and out of government. The Obama Administration’s leading personages seek to widen their network of patronage. Especially given the possibility that the forthcoming electoral cycles will reduce their hold on plum posts in the Federal government, attention focuses on the University of California’s myriad of well-paid sinecures. “Perfectly natural,” Michael Corleone would say.

In Washington, Janet Napolitano compiled a consistent record: She built a bureaucratic empire that produced patronage for the ruling class, and focused Homeland Security against conservatives. She covered it all with opaque management. In Berkeley, she will feel right at home.