Containing The Education Bubble: Is “Differential Tuition” The Answer? 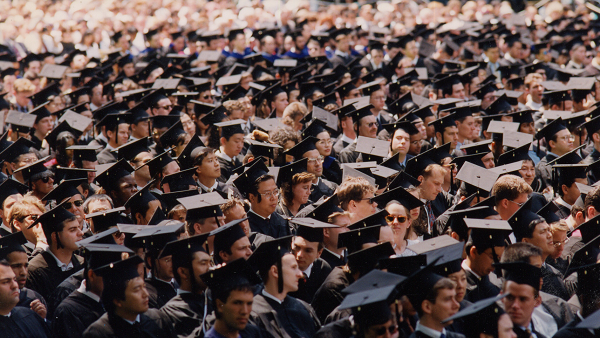 The idea that an Engineer should pay the same for his degree as an English major sounds implausible on its face. It is a relief to see the Wall Street’s Journal Real Times Economics blog call the idea into question.

“Why does a student majoring in English have to pay the same tuition as an engineering student with much higher earning potential? In a new working paper published by the National Bureau of Economic Research, one economist suggests looking at differential tuition—the practice of varying tuition costs across areas of study.”

Kevin M. Stang of the University of Michigan’s Gerald R. Ford School of Public Policy found fifty institutions to study that had already “instituted higher fees for their nursing, engineering and business majors between 1990 and 2008.” His findings seem mixed, though I have no way of determining how price levels were determined or how wide the difference was between the more expensive majors and the less expensive majors. He still holds to the notion that more schools should adopt different prices for different degrees.

We can cut through the confusion and say that the greater the expected future reward, the more an investor will be willing to spend. But that is only part of the issue. The other part, not mentioned in the blog post, is the question of why a significant degree of mastery always takes four years for all subjects.

In the future there ought to be investment opportunities to train people in coding, engineering, or any other area — training that doesn’t force the person into a four-year degree timeframe, or doesn’t require the four-year degree as a prerequisite. The idea that a student who wants to go to law school must first take a four-year degree where he is forced to take a “humanities” course is simply exploitative. The Liberal Arts degree may still represent a valuable course of study for those who can afford it. But others should be permitted to simply pursue the education they need to reach their vocational goals.

Does this mean that we need to give up a “liberal” education for most people trying to make a living? Quite frankly, a layman’s (as opposed to a specialist’s) liberal education does not require a liberal college enrollment. One can download audio of most of the pagan and Christian classics from librivox.com. Beside inexpensive editions, there are plenty of free texts available online for e-readers. There is no reason why such education cannot be achieved by anyone who wants to achieve it.

“Critics argue that differential tuition will discourage student exploration.” Good! Let people explore before they come to college. The four-year “education” has come to mean four years of play before real life begins. What we need is students who have learned the necessity of making a living and who have developed a plan to better themselves. We need educational programs aimed at giving such people what they need at a market price.

If not now, at least after the education bubble bursts; there should be real profit in educational institutions that can serve the real needs of students.