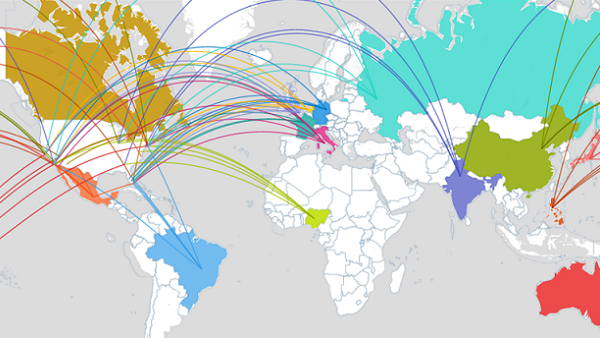 One of the biggest misunderstandings between many people is the flow of money and, especially, the flow of money from the purchase of foreign goods. “Buy American” or “buy Australian” are common refrains. But these slogans are the rhetoric of those who don’t follow the money.

The outcome of this rhetoric, when heeded, is an economic system that is poorer, not richer, because you cannot make Americans or Australians rich by legislation. But that does not stop some people from trying.

Now, the American who wishes to buy Australian goods can do the same. Thus, appearing on the horizon is another happy Australian seller about to make a sale to an American customer.

It turns out that following that money was not so difficult.  Australian dollars spent overseas return to Australia sooner or later for purchase of Australian goods, as if the money had never left the country in the first place.

This is the simple principle of exchange.  That is, exchanging goods and services is good for everyone.  National borders don’t change this, but they often make the exchanges more difficult. It helps to remember the words often attributed to Frédéric Bastiat, who said that “if goods and services do not cross borders, armies will.”