How the ‘Asian Tiger’ Model Mauled the World Economy 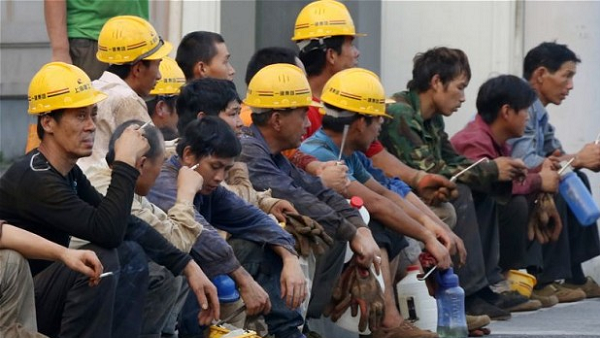 “China Inflation Data Underscore Weak Economy” runs the New York Times headline datelined July 9th, 2013 — yet another in the unrelenting series of data points indicating economic slowdown in the world’s most populous country. Consumer prices rose only 2.7% in June year-on-year, while producer prices actually dropped 2.7% over the same period. Obviously, this is worrying:

“The deflation in producer prices … worries many analysts as it underlines that domestic demand in China’s economy remains sluggish.”

Indeed. What this particular development indicates is that the domestic economy is proving incapable of taking up the slack left by the drop-off in foreign demand. And the fact that this shift is proving difficult is not an accident.

The problem stems from the structure of the “Asian Tiger” model of export-driven growth, pioneered by Japan and emulated by China, which is based on the systematic exploitation of domestic households through policies of forced savings. The model is embodied mainly in artificially suppressed exchange rates and the channeling of those savings into the export sector on favorable terms. This schizophrenically suppresses the domestic consumption that’s being relied on later to pick up the slack.

To be successful, such a model requires foreign markets capable of absorbing the excess production. For the Asian Tigers, that market has been the United States, earning it the moniker, “consumer of last resort.” For decades, the U.S. gladly filled that role, and has borne the consequences. The flip side of Asian countries’ artificially suppressed exchange rates has been that the dollar’s rates have been artificially propped up. This has led not only to cheap imports, but to an outflow of manufacturing jobs to these lower-wage countries. The resultant gutting of U.S. manufacturing is not a nefarious plot on the part of U.S. corporations, but an economic inevitability.

This was not the only result of the decades-long exchange-rate imbalance, either. The method by which exchange rates are kept pegged at artificial levels, called “sterilization,” is just as important. Sterilization entails the purchasing—and removal from the market—of dollars,  so as to buoy the dollar’s exchange rate. Japan did this, and China followed, leading to trillions of dollars in foreign-exchange (dollar) reserves. These dollars are not put into broader circulation but are kept on deposit, feeding asset bubbles.

Why does this matter? In part because China’s dollar sterilization policy led to the United States’ liquidity glut, which in turn fed the avidity of mortgage makers to resort to sub prime loans, which in turn led to the real estate boom-and-bust. We not only lost manufacturing capacity, but we gained the mother of all asset bubbles, and the bubble’s burst is one of the main factors behind the malaise of the world economy, now running on six years.

The problem now is that the U.S. is incapable of continuing to play the “consumer of last resort.” As Edward Luce puts it in the Financial Times of July 7th, “Weary US consumer shoulders a heavy load,” a load he or she doesn’t appear to be able to bear. The economic data out of China likewise indicates that the Chinese consumer is in just as little condition to do so. And the same structural defects are in evidence in Europe, though in a different way, which we will have opportunity of exploring in due course.

This model has reached the limits of its usefulness. And there does not appear to be anything in the offing to replace it.