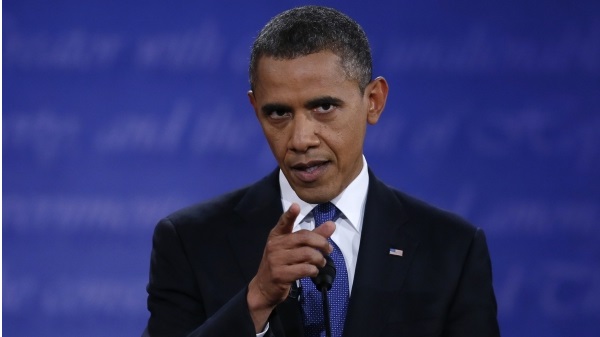 When Barack Obama is not actually running for office, Barack Obama does not do well with American voters. Or, at least his ideas and policies on economic matters generally don’t. That could matter looking at the rest of Obama’s second term and to the 2014 congressional elections.

Consider that in the 2010 mid-term congressional elections, Obama’s fellow Democrats suffered big losses – in fact, their worst since 1938.

But in 2012, of course, President Obama won re-election despite an abysmal economy. That was history making, given that when the economy stinks, sitting presidents get the boot. That was the case with President George H.W. Bush in 1992, Jimmy Carter in 1980 and Gerald Ford in 1976. All other sitting presidents seeking re-election since World War II ran while the economy was roaring or at least doing pretty well – Harry Truman in 1948, Dwight Eisenhower in 1956, Lyndon Johnson in 1964, Richard Nixon in 1972, Ronald Reagan in 1984, Bill Clinton in 1996, and George W. Bush in 2004 – and each won a second term.

But now that we’re beyond the 2012 election, Obama issues come back into focus, rather than Obama himself.

Consider some polling results from Rasmussen Report in recent weeks on some important economy-related issues.

• 50 percent view ObamaCare unfavorably, while 43 percent have a favorable view, and 57 percent expect the health care system to get worse over the next couple of years. In addition, 48 percent want their state’s governor to oppose implementation of ObamaCare, versus 41 percent who want their governor to support it. For good measure, 70 percent believe that individuals and employers should be able to buy health insurance across state lines, with 14 percent opposed.

• 51 percent believe that EPA regulations should require congressional approval before being implemented, versus 28 percent who disagree. And in a bit of American voter self-contradiction, on Obama’s environmental regulations placing stricter limits on carbon dioxide emissions from new and existing power plants, 48 percent are in favor and 34 percent opposed, yet 58 percent believe these regulations will raise energy costs, and 46 percent believe the economy will be hurt by such regulations versus 27 percent expecting them to help.

• Finally, only 35 percent rank Obama’s handling of economic issues as good or excellent, as opposed to 42 percent that give him a poor rating.

On all of the above, Obama’s policy positions do not fare well, to say the least. And it’s hard to imagine a major shift among voters in his favor over the coming 16 months. That should bode well for Republicans in November 2014 congressional races, with the major caveat that Republicans have proven more than capable of snatching defeat from the jaws of victory.