Russian Troops for “Security at Mass Events” in US! What Are They Thinking? 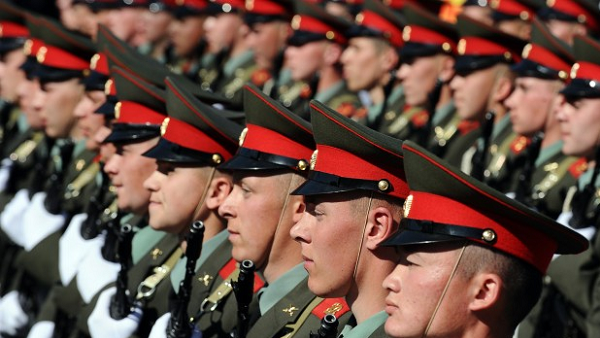 When people in power have more time and money than wisdom, the best we can expect from them is foolishness and waste. Usually we get worse. Thus comes an announcement of a meeting on June 25th between the Federal Emergency Management Agency (FEMA) and the Ministry of the Russian Federation for Civil Defense and Emergencies at which the two agencies agreed to “exchange experts during joint rescue operations in major disasters.” As well, the two agencies agreed that special Russian troops would help provide “security at mass events” in the United States. What?

Let us give our bureaucrats the benefit of the doubt, for much is needed.

Surely they must not know that bringing foreign troops to police one’s own country is that ancient, classical hallmark of tyranny. So also they must be mindless of the fact that Russians do not exactly conjure confidence in the minds of the Americans whose security they would be called upon to secure.

Perhaps these bureaucrats never learned that a longstanding US law, the Posse Comitatus Act of 1878, bans the use of US military forces for police work — never mind the use of foreign troops — a law enacted precisely to banish the vestiges of Civil War.

But this is less ignorance than it is insouciance. Why should a government accustomed to assuming its own omniscience and omnipotence, inured to the notion that the President may refuse to enforce any law with which he disagrees, habituated to do by regulation what it may not do by law, to “waive” any regulation that stands in his way, to do by executive agreement what he cannot by treaty, not do whatever seems convenient at the moment?