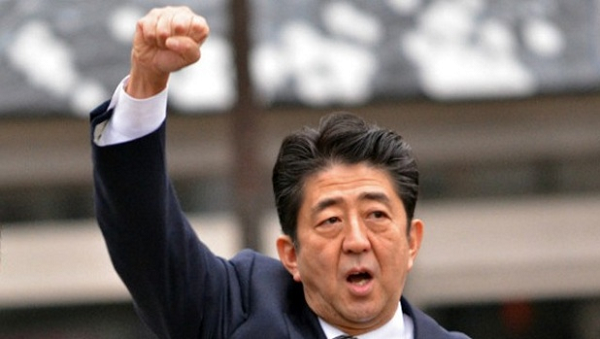 Under Shinzo Abe’s current government, Japan’s economy could face economic havoc. Within the first 6 months of his term as Prime Minister, Mr. Abe has unveiled massive amounts of monetary easing which has increased the Bank of Japan’s involvement in the national economy, announced several large spending packages, and appointed a new, more liberal governor of the national Bank of Japan.

The core of Mr. Abe’s economic plan is the so-called “Three Arrows” of economic recovery. The first is the unprecedented monetary easing program launched by the Bank of Japan; the second being increased government spending on public works projects. The third was a highly-anticipated, recently announced, vague plan involving “structural reforms” and the expansion of the “special economic zones” program, where, in certain major cities, businesses will have reduced regulations and taxes.

Though the third arrow is a step in the right direction, and certainly the most pro-growth of the three, it by no means is productive nor bold enough to combat the damage caused by the radical monetary easing and increased government spending of the first two arrows. Due to high expectations, Japanese markets suffered a sharp decline following Mr. Abe’s disappointing announcement.

In April 2013 the new BoJ governor, Haruhiko Kuroda, unveiled the largest stimulus package in history, at the approximate equivalent of $1.4 trillion. This will nearly double the monetary base by the end of 2014. Following Kuroda’s announcement, the yen fell roughly 3% against the US dollar in less than a day.

Abe had previously stated that his government will have a “strong voice” in appointing a new governor of the Bank of Japan. The previous governor of the national bank announced in 2013 that he would step down in late March of 2013, almost a month earlier than the official end of his term. The former governor had been criticized by Mr. Abe and his party for being too conservative on monetary policy. His stepping down has allowed Mr. Abe to appoint current governor Kuroda, who has since, as we saw in his proposed stimulus package, instated a much more aggressively liberal monetary policy.

Mr. Abe has repeatedly asserted that the government’s policy is to pursue a 2% inflation target in order to combat the years of relentless deflation Japan has seen. During his election campaign, Mr. Abe called for “unlimited monetary easing” from the Bank of Japan to meet that 2% inflation target. In addition, Mr. Abe has asserted that the central bank be more involved in the Japanese economy, stating that the BoJ’s focus should be on “maximizing jobs.”

In January of 2013, Mr. Abe announced a new stimulus package of Y10 trillion, or roughly $116 billion and asserted that it would raise Japan’s GDP by 2% and produce approximately 600,000 jobs. It had become increasingly clear that Mr. Abe was intent on introducing more stimulus programs, and he had the popular support and a supermajority in the House of Representatives to help him accomplish it. With the LDP, Mr. Abe’s party, looking to be to the favorite going into House elections next month, Mr. Abe and his party could have complete legislative control.