Shooting Down Disney’s “The Lone Ranger” 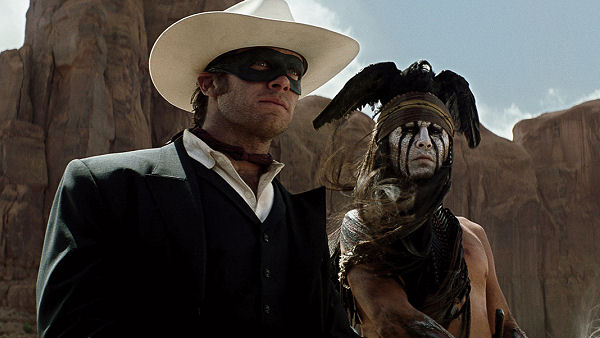 I love a good western. Though never a big fan of the old Lone Ranger, part of me was looking forward to the arrival of Disney’s “The Lone Ranger” at movie theaters during the long July Fourth weekend.

Perhaps today’s Hollywood, with its special effects marvels, would create something special – an exciting salute to the classic western.

I read a wide array of trusted reviews that made clear that the film not only was challenged in terms of coherent storytelling and compelling characters, but it also was anti-capitalist, anti-military and anti-Christian. That’s the trifecta for chasing me away from buying expensive tickets for the family.

Apparently, others decided against providing box office support to Disney as well.

On Sunday (July 7), Variety.com reported  that “The Lone Ranger” opening box office numbers were similar to Disney’s previous bomb “John Carter” (2012). It was noted: “The $73.2 million global start for ‘The Lone Ranger’ is nowhere near what the $225 million-budgeted film needed to earn for Disney execs to breathe easily. In fact, ‘Lone Ranger’ actually earned less from Friday to Sunday domestically, with an estimated $29.4 million, than what ‘John Carter’ made during its debut frame ($30.2 million) last year.” It was added that “there is virtually no hope left for ‘The Lone Ranger’ even to break even.”

A Disney executive was quoted saying that the hope was that combination of Jerry Bruckheimer and Johnny Depp would add up to a film with broad appeal. But big names are no ticket to success. Think Depp’s “Dark Shadows.”

In many ways, Hollywood is a crapshoot as to what will succeed and what will not with audiences. For example, I’m still baffled by the $1.2 billion made by “Iron Man 3” (another Disney vehicle) given so many massive – and I mean massive – holes in the plot.

In the end, though, it usually helps to have a good story about an All-American character that doesn’t attack, well, central pillars of America. Consider the contrast with Warner Brothers hit “Man of Steel,” released in June, which presented an engrossing new story reboot for Superman, while embracing America, the military, and serving up some not-so-subtle Christian imagery.

“The Lone Ranger” now puts Disney in the position of two big-budget flops in two straight years. It had to take a $200-million write down on “John Carter,” along with tossing out a host of plans for “John Carter” tie-ins. And now the company has to deal with the failure of “The Lone Ranger.”