The Lurking Evil of Ben “The Shadow” Bernanke 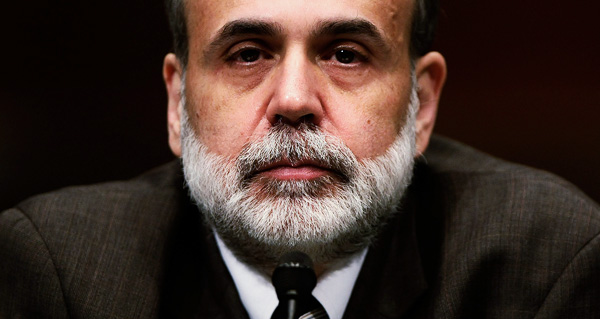 What evil lurks at the heart of the U.S. economy? Ben “The Shadow” Bernanke knows.

Federal Reserve Chairman Ben Bernanke has pushed the evils of uncertainty to previously unknown levels by casting a long, dark monetary shadow over the economy. Think about it: Can anyone see where the economy is really headed when the Bernanke shadow is finally lifted?

The mere hint that the Bernanke Fed might slow the monetary flow at some unknown point in the near future sent markets reeling last month. That spoke loudly about the Bernanke monetary shadow.

No one should be surprised by this uncertainty because we’ve never been in this strange place where Ben “The Shadow” Bernanke has taken us.

Since just before the financial-economic crisis hit in late summer 2008, the monetary base (currency plus bank reserves) has grown by approximately 270 percent – unprecedented in U.S. economic history. At the same time, excess bank reserves exploded by better than 99,000 percent over the same period – again, nothing like that has ever happened before.

And what has The Shadow accomplished? His supporters proclaim that the economy was saved from another Great Depression (by the way, of course, the Obama administration has declared the same for their government spending programs). In reality, though, we’ve suffered through either the worst or second worst post-World War II recession, and for the past four years, the worst recovery.

It’s especially hard to see how this loose money somehow saved the economy given the mind-blowing increase in excess bank reserves. That is, the bulk of this so-called monetary jolt has never made it into the economy. Of course, we’re fortunate that it has not because when it does, an inflation conflagration is sure to result.

As a result, business owners, managers, investors and financial institutions are left trying to figure out what this all means, and where things might be headed. They hear about possible inflation. But when might that kick in? Others tell them to be worried about deflation, at least in the near term. Really?

As a result, the only clear accomplishment of Bernanke’s monetary mess has been to help keep entrepreneurship, investment, economic growth and job creation at bay.

What evil lurks at the heart of our economy? Well, a big part of that evil is uncertainty resulting from monetary policy gone awry – thanks to Ben “The Shadow” Bernanke.