The Only Solution for Egypt is Economic Freedom 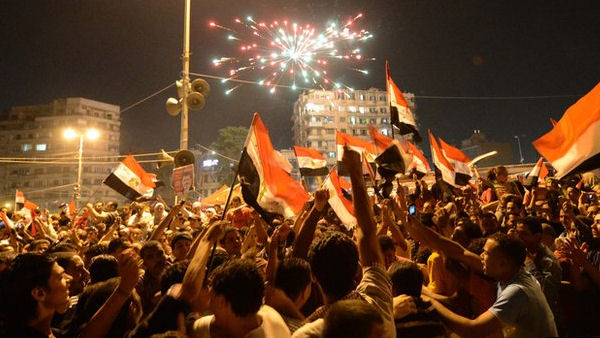 Hosni Mubarak was booted out two years ago. In 2012, Mohammed Morsi, the Muslim Brotherhood candidate, won the presidential election. And now, after protestors took to the streets, Egypt’s military has pushed Morsi out in a coup.

The hope is that months from now, another set of elections will lead to a non-Islamist government and constitution.

What does this mean? Where is Egypt headed? I don’t think anyone has the answers to these and so many other questions.

But what we do have the answer to is what Egypt needs to do to improve the lives of its 85 million people. That is, lay the foundations upon which free enterprise can flourish.

Consider the poor position of Egypt on the “2013 Index of Economic Freedom,” published by the Heritage Foundation. Egypt’s economy ranks “mostly unfree,” coming in 125th on a list of 177 nations. Among 15 nations scored in the Middle East/North Africa region, Egypt ranked thirteenth. For good measure, Egypt’s score on economic freedom – already quite poor – decayed further in 2012 and 2013.

The problems are fundamental. For example, the rule of law is unstable, with property rights “not protected effectively,” and monetary stability ranking as “weak.” Overall, it is summed up: “Much-needed improvements in economic policy have been delayed, and the effectiveness of reforms that might have helped to open markets and improve productivity has been undercut by the fragile rule of law and the legacy of Egypt’s socialist past.”

In coming months, political uncertainty and instability – or worse – will take further tolls on Egypt’s people and economy. Referring to the Muslim Brotherhood’s president being ousted, one man, a business owner, was quoted in The Wall Street Journal: “But this is it for them, politically, because the entire nation is behind [Defense Secretary Gen. Abdel Fattah] Al Sisi. We expect bombings and suicide missions here and there. There are jihadis everywhere among us because they’ve managed to enter in the past two years.”

It’s hard to say what will emerge in Egypt after this latest shift in power. But that, tragically, is the case throughout so much of the Middle East and North Africa. Therefore, no one really knows if or when Egypt will decide to make the move towards the economic freedom that would lead to attaining stability and substantive economic development for the entire nation.