Tools Before Toys: Thinking About Icahn’s Move On Dell 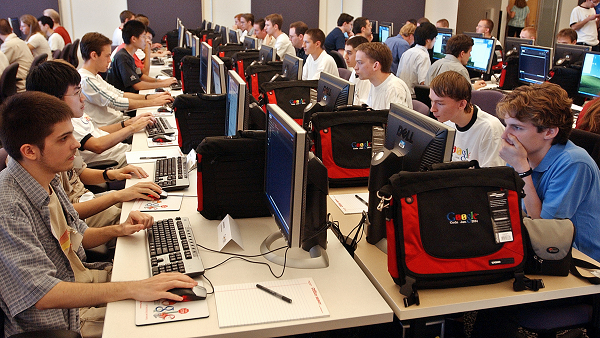 The news has been filled with stories about how Institutional Shareholder Service sided with Michael S. Dell rather than with activist investor Carl Icahn (see here and here, for example). I don’t have a real strong opinion on this particular next step for Dell, or about the conflict between Dell and Icahn. But I do think that when Icahn explained his motivation, he made an observation that Michael Dell would agree with, and one that all investors should take to heart.

On June 1, Icahn was interviewed by CNBC’s “Closing Bell,” and was asked about desktops and why he wanted to invest in them.

“…the billionaire investor said now is a good time for a contrarian view on PCs. ‘There’s a lot of drum-beating that the PC business is falling apart… But what I’ve found over the years is that when people tell you it’s no good, that’s when you buy.’ He argued that despite the trend toward mobility, a brand like Dell will have staying power in office places.”

Dell’s future performance is beyond my pay grade. But I do think that Icahn is on to something. Chances are that the market is underestimating the future value of PCs.

Of course, Icahn’s rule is not absolute. Once upon a time people decided it was foolish to invest any more money in horses and buggies. If Icahn had tried to make money on a horse farm because “when people tell you it’s no good, that’s when you buy” the rule would have misled him.

So what about personal computers? How do we know they are not horses and buggies?

My assumption about a future recovery is that it will involve tools before toys. I know that I use my own iPhone for some jobs and work, and I know it can help with productivity. The same is true of my tablet computer. But when I read about a school district committing hundreds of millions of dollars to get each student an iPad, I have to wonder what people are thinking. While tablet computers and Smartphones can be help in business, the people who write code for those devices never use those devices to write the code. They use personal computers to do the real work. It may help greatly to look up your account on your slate computer, but your accountant wants to use a PC to do his work. He probably uses an ergonomic keyboard too.

So, as I see it, the idea that the real money going forward is only going to be found in more mobile technology isn’t as self evident as some people think. Recovering from a boom-bust cycle—as we are all struggling to do—could easily mean we need to take a step “backwards.”

To that extent, I think Icahn was right. Whether or not Dell is the beneficiary, personal computers are likely to do well in the future.