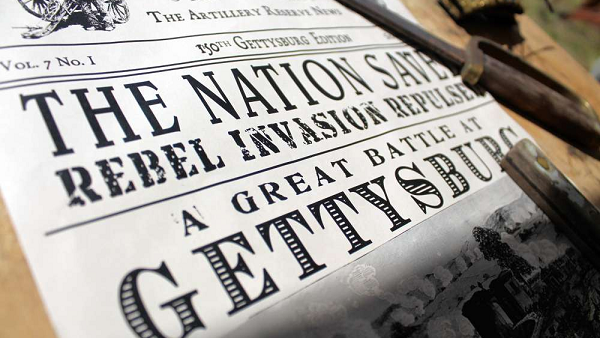 The 150th anniversary of the bloody Battle of Gettysburg invites us to keep in mind that civil wars are worse catastrophes than market crashes, and that avoiding them should be any nation’s priority. Today, American society is split socially and politically as it has not been since the Civil War. Politics as a spiral of mutual resentments is not sustainable. The musket balls that killed and maimed at Gettysburg culminated decades during which Americans North and South had come to see one another as enemies, during which they celebrated victories and decried defeats vis-à-vis one another. Today, we are slipping into the same habits.

Consider. After the last week of June, the New York Times reported that Democratic Party activists were celebrating “Victory Week,” mocking the futility of their sociopolitical opponents’ resistance to longtime partisan objectives. The Supreme Court had struck down the 1996 Defense of Marriage Act as well as the identical definition of marriage in the State of California’s constitution, enacted by referendum, the Senate had passed an immigration bill that bode the expansion of an important constituency for the Democratic party, and the media seemed to have closed ranks to support the contention that the IRS had not really done anything amiss to conservative Americans.

But they rejoiced that the IRS had, and that other parts of the US government had enlisted in a “culture war that is living up to the label more with each passing year. President Barack Obama had called “enemies of democracy” the very groups that the IRS then subjected to punitive audits, and Vice President Joseph Biden had called some of them “terrorists.” Indeed a Rasmussen poll shows that 26% of the Obama Administration’s supporters – possibly not the least influential among them – regard the Tea Parties as the top terrorist threat to America. Democratic Senators and self-proclaimed “good government” groups aligned with them had written to the IRS urging the audits. Why should not officials all across the US government – from the IRS to the EPA – act according to their superiors’ opinions, to what they hear from the best people and what they read in the best media? Have not society’s most authoritative voices indicted the conservative side of American life as responsible for social ills, violence from racism, sexism, homophobia, religious obscurantism, domestic abuse, greed, and terrorism?

Newton’s Third Law of Motion applies to politics as well as to physics. At Gettysburg, who had started the spiral of enmity mattered less than the fact that no one had stopped it. The memory of that slaughter should scare today’s Americans into mutual reconciliation.