Unions Eats Their Own in California Standoff 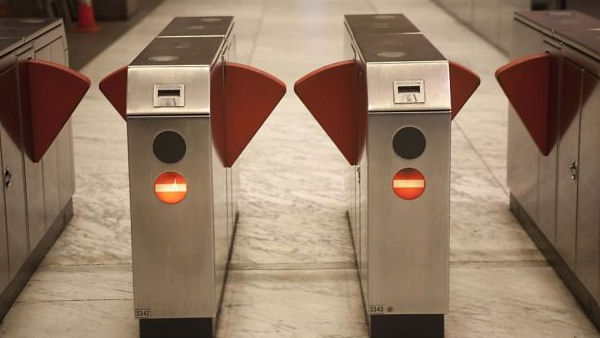 It’s the Unions vs. the poor in the Golden State as the longtime friends become sudden foes in a bruising battle that became heightened recently. Commuters in San Francisco will find BART closed as unions demand more money for employees, many of whom can be replaced in about an hour. Thousands of those affected by the shutdown will now be forced to sit in traffic for hours, reflecting on these workers who are likely paid more than they are, if not directly, then through generous benefits. One story boldly claims, “There were a couple of motorists driving by who honked their horns in recognition of the strike.” What makes the Mercury News so sure these aren’t BART riders honking in anger because they now have a miserable commute? Do the horns indicate which side for which they honk?

The union demands: five percent raise per year each of the next three years, among other things – a rather large increase over current inflation rates. BART has offered increases that beat inflation to the workers, but not by enough, according to the two unions representing the employees. The workers also pay just $92 a month for health insurance and nothing into their rather kind pensions. With times tough for the state, Brown and friends would like the employees to participate, albeit just a little, in covering the pension costs.

Brown recently raised taxes on Californians by six billion dollars to pay for his spending habits. So sit back, this should be entertaining as we watch an extreme left-wing governor battle the very people who helped hoist him into office. He rewarded them moments after assuming power, teaming with the far-left California legislature to dole out favors to the unions like Santa handing out candy canes at a local mall at Christmas. It’s the first strike for BART since 1997, and that lasted just six days. I’d be surprised if the union-friendly Brown let this go much further.