US Birthrate Drops Once Again 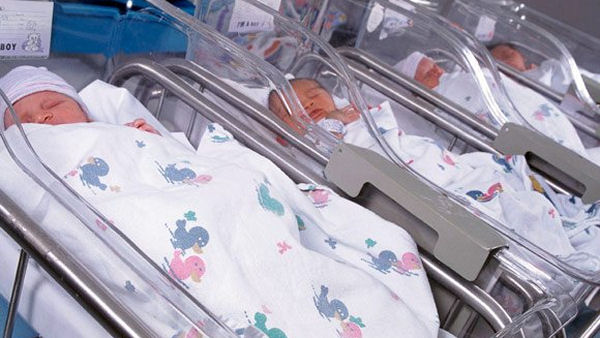 … And that has a greater impact on the US economy than many people realize.  The connection of single-parent homes to poverty is undeniable.

The story flew under the radar last Friday, noting, “This overall contraction in childbearing was also seen in the nation’s total fertility rate, which dipped to 1.89 children per woman — well below the 2.1 children-per-woman replacement rate that a nation needs for demographic stability.”  I can only imagine how low that would be without the Duggars.

Demographic stability is no small need as a nation grows older, retires, and becomes dependent upon the next generation of workers.  But large families are ridiculed these days and many couples are opting for no kids at all for a variety of reasons, environmental being one of the more entertaining.

But the story also includes this troubling paragraph: “… The portion of births to unmarried women — remained stable in 2011, with 40.7 percent of births out of wedlock.  This is higher than in previous decades — in 1980, about 18 percent of births were to unwed mothers, while in 2000, it was 33 percent.”  Once again, Dan Quayle was right.  Here’s a staggering statistic: single-parent households are four times more likely to be poor than intact, two-parent homes.  Four times.  But for some reason, the president and Democrats in general aren’t worried about this trend.  If hamburgers or large sodas increased the odds of poverty by four times, Obama would be calling for an end to fast food joints.  Our economy continues to be a mess and millions more homes are single parent, throwing millions of citizens into economic danger.  The spending power is dramatically decreased.

The single parent home is a disaster and it is also a sacred cow.  Yes, there are great moms and dads out there doing all they can to make the single parent household work.  Many didn’t opt into that life, but they are there making the best of a difficult situation.

However, the statistics are what they are:  Undeniable. Yet, ignored by the media in general and nearly all Democrats, as the feminists have them by the hair. Democrats say they want to “lift people out of poverty” but refuse to acknowledge the basic family structure is one powerful way to do so.