Votes, Vetoes, and the Constitution 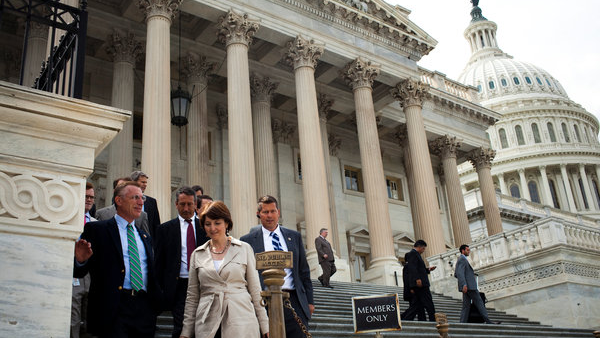 President Obama vowed to veto any agriculture bill that does not include food stamps. The House of Representatives voted on an agriculture bill, and will vote separately on a bill to fund food stamps. The New York Times characterized the House’s separation of the two questions as the Republican Party’s refusal to govern. Why the fuss about how many spending programs Congress authorizes with any given vote? Because what is at stake is nothing less than whether the people can control government through their representatives or whether government can define its own scope and powers.

In recent years – largely through the efforts of the Democratic Party but with Republican support as well – Congress abandoned the “regular order” in which it had funded and regulated the Executive Branch: namely, separate hearings and votes on individual government programs. Instead, all programs were rolled into “omnibus resolutions” or “continuing resolutions.” Senators and Congressmen have been faced with voting yea or nay on everything at once. In practice, the question is “shall the U.S. government exist, or shall it not?” The answer is foreordained, and those who object to any or many things in these multi-trillion dollar bills are branded as anarchists.

Obviously, this is not what the writers of our Constitution had in mind, namely that the people, through their representatives, shape and control everything that the government does. Instead, by bundling more and more programs together, our ruling class has progressively reduced what we can know and what we can do about any of them.

The House of Representatives’ separation of agriculture and food stamps has turned one small part of this sorry game on its head. Now, if Obama and friends must choose between shutting down all agriculture programs to protest the House’s separate scrutiny of food stamps. Either way the struggle comes out, the American people win.