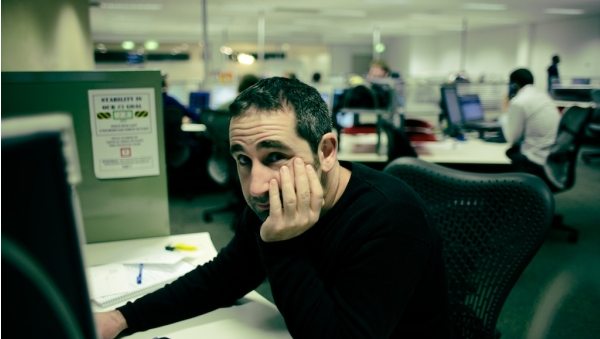 A post from The Street, “Unhappy Workers Cost Us All $550B Each Year,” provides guidance that could lead to, yes, unhappy consequence. At its best, the piece points out it is self-destructive for a supervisor to try to motivate people in ways that stress them out and make them feel “disengaged.”

“The U.S. economy is losing hundreds of billions of dollars because too many employees flat out hate their jobs. OK, the official take on that subject doesn’t use those terms. Instead, workplace analysts say more and more workers are “disengaged” at work, and that’s the term Gallup uses in its study, State of the American Workplace.”

Would the difference be so great if Americans didn’t expect to be engaged in their work? Is the reason for economic growth overseas due to a greater number of workers who are “engaged” at their jobs? The worker productivity is probably mainly motivated by a perceived opportunity to make better money and eventually raise one’s standard of living.

The Gallup “study” notes on page 9, “Employees with a college degree are not as likely as those with less education to report having a positive, engaging workplace experience.” This, again, indicates that expectations play a key role.

Through most of human history, people have had little or no choice in what kind of work they would do for a living. America, with the Western world, has experienced a level of prosperity that allowed a whole new psychology of work and “career” to become widespread throughout the population. We each are supposed to find the job that fulfills us.

But if everyone believes they should have a “positive, engaging workplace experience,” it’s possible—even probable—that unrealistic expectations lead to lower productivity. In that case, columns about the “problem” of unhappy workers may actually make a bad situation worse!

Maybe Americans need to learn to be glad they have a full-time job when so many Americans in this Obama-throttled “recovery,” don’t have any such luxury. Maybe managers would be better off if we didn’t tell them that, “So-called ‘active disengagement’ in the workplace costs the U.S. economy up to $550 billion per year,” but rather reported that “engaged” workers are adding to the economy.” This would still motivate supervisors and bosses to not discourage workers, but without adding stigma. Adding shame to a feeling of disengagement from work is going to backfire. Employees already know they will be let go in favor of more productive workers.

If we want to see real economic growth in the United States, we need a population that is willing to work hard. While employers should do what they can to promote a “positive” work experience, they also need to be realistic.

Otherwise, we will undermine any possible recovery of a work ethic.