How Intelligence Bureaucracy is a Self-Licking Ice Cream Cone 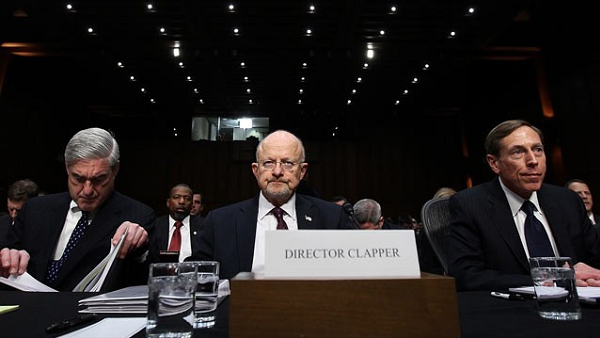 Conscientious officers (there are some) often thus describe the eighty billion dollar per annum US intelligence community in which they work. The secrecy that is essential to intelligence always made it too easy for the executives of the 16 agencies that comprise the “community” to build bloated, dysfunctional empires. But after 9/11 – the occurrence of which already testified to the “community’s” dysfunction – Congress doubled its size by throwing money at it. Today, no one knows how many military and civilians work in US intelligence, in part because fifty-six of those eighty billions go to some 1,1913 private companies in some 10,000 locations across the globe.

Pockets of excellence cannot help but exist in this morass. But the “community’s” sheer size, its bureaucratic distance from actual US government operations, combined with compartmentation, fosters lack of focus on any mission, dilutes responsibility, and ensures the primacy of Pareto’s Iron Law Of Bureaucracy: “Regardless of the purpose that the organization was intended to serve, it will serve the purposes of those who run it.” Hence, conscientious officers who yearn to produce information to help America win wars while staying safe complain that they are licking their organizations’ expensive ice cream cones at best, and at worst are building a police state.

Ironically, the self-licking may be our best safeguard against serious abuses. These billions of dollars have produced and can be expected to produce sizeable fortunes for the people who inhabit the revolving doors between the “community’s” public and private sectors. Past and current directors and high officials of central intelligence, national intelligence, the National Security Agency, etc., such as James Clapper, Mike McConnel, John Brennan, William Black, and George Tennet have earned millions of dollars as contractors. Keeping the “community” out of trouble with the American People, keeping the ice cream cone from melting, is very much in their interest.

At least we can hope in that.