How to Leave a Legacy that Lasts for Centuries: Leadership Lesson of Johann Sebastian Bach 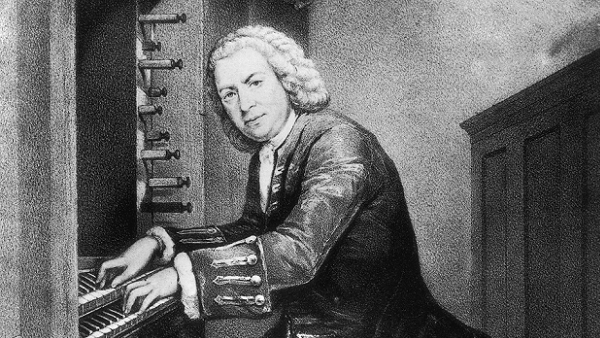 Music standards vary from person to person, but hardly anyone denies that some of the best music written is that by Johann Sebastian Bach (1685 – 1750). It is difficult not to be moved emotionally when you hear the opening chorus of his St Matthew Passion. It requires two choruses and an orchestra. With its opening words, “See Him? Who? The Bridegroom Christ.  See Him? How? A spotless Lamb,” it musically tells of Jesus Christ and His suffering for the world.

Music doesn’t get much better than that in portraying the majesty of the words. Perhaps only Handel’s Hallelujah Chorus from his oratorio, The Messiah, has more impact. But Handel added the sound of brass to his composition to create the majesty that was needed in singing “hallelujah” to the King of Kings.

What kind of character was Bach? What made him such a prolific composer? He wrote a lot of music. He remarried after the death of his first wife and had many children, 20 in total; only half of which survived to adulthood. His work, for most of his life, was to produce new music each Sunday for worship services and any other special event, and to play the organ at the worship services. He had what we call ‘deadlines’ in the writing industry. A great deal of them.

In addition to this Bach helped develop the diatonic musical scale as we know it. If you look at a piano keyboard, you will see a pattern of black and white notes, neatly dividing the scale into 12 “equal” parts. Well, they’re not quite equal, and this is what made the scale with 12 halftones unique. It allowed for the development of tonality in a more satisfying way. And Bach not only helped to solve the mathematics of the tempered scale, as it is known, but also wrote two sets of 24 Preludes and Fugues to display the new scale in all its splendor. Twelve half tones allowed for 12 major and minor scales, 24 in total. Bach wrote a Prelude and Fugue for each one of them – twice.

Bach’s compositions often display in his handwriting, “To the Glory of God,” written at the end of the piece. He was a Christian in the Lutheran tradition of the time. A man who apparently understood the talent God had given him and how it should be used.

Bach often complained about his pay and working conditions. He complained about his working colleagues, frequently suggesting some of them were not up to his standards. He was, as some might suggest, difficult to get along with. But he knew what he wanted and he went after it. He set his own standards in music composition and called all others to follow him. He ignored new trends in music and took the old musical forms and breathed new life into them.

History records the result. Bach’s refusal to lower his standards gave us some of the best music the western world has produced.

And from this you might learn that if you set your standards high, do not deviate from your belief in yourself, then maybe you too can leave a legacy that will last 350 years or more after you die.