Is Obama America’s Lax Parent Who Wants Us Comfortable in the Basement? 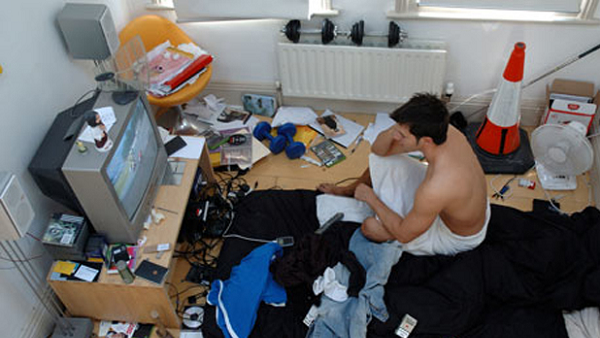 When babies are born, parents protect them from everything. As children grow up, parents are supposed to help them by lessening their protection and increasingly exposing them to challenges.

Awhile back, I pointed to a phenomenon (mostly in Japan) of older children, even adult children, refusing to leave their rooms. In those cases, however, the parents were upset with this behavior and trying to change it. But what about the US? While it is only anecdotal evidence I get a bad feeling when I read this blog post, “My child is gifted. He’s also 29, unemployed, and living in my basement.” In it a radio host gets scolded for saying that parents should demand that their children get a job. The scolder writes:

“You greatly exaggerate the importance of ‘chores.’ Also, the idea that a kid should be forced to ‘get a job’ is abhorrent. My son was very gifted so we gave him all the tools to succeed academically. This meant we didn’t turn him into slave labor and we certainly didn’t tell him he needed to go work behind a cash register. He concentrated on his school work, and we did our job as parents and financially supported him. It’s easy to mock a ‘30 year old who lives with his parents.’ My son is almost 29 and he’s been home with us since he graduated. Unfortunately the job market isn’t the greatest (maybe you hadn’t heard) and I’m not going to let him starve on the street. He has a college education, it’s pointless for him to be out working in a retail store or some other menial job. I will be here for him until he is able to get the job he deserves.”

Is America ever going to recover with that sort of non-workforce?

Recently, I’ve seen several news stories about President Obama’s alleged “economic agenda” that made no sense to me at all. How can anyone think that more spending is going to do anything but dump us into a deeper hole? Finally, something clicked. I read this story in the Washington Post and connected it to the proud parent of the almost-29-year-old basement dweller:

“The president argued Wednesday that the government must play a role in promoting manufacturing, making college affordable, training future workers and ensuring a strong safety net to protect the middle class from calamity as the economy shifts.”

The only way anyone, middle class or not, is going to survive is if they shift with the economy. But apparently a sizable number of people, whether they store non-productive adult children in their basements or not, approve of Obama and think his “economic plan” is right. They should be free to live in the comforts of the basement until a “worthy” job is provided.

What sort of “safety net” do workers in developing economies get? If American attitudes don’t change, we are only headed for worse poverty.