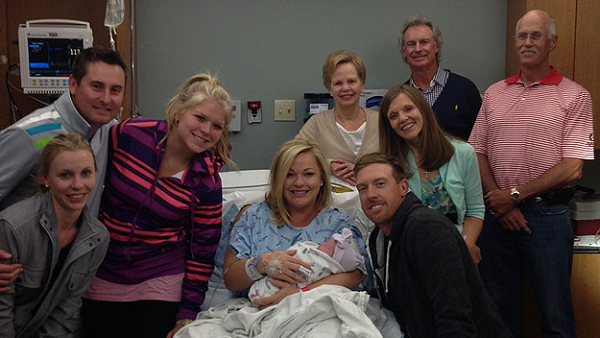 Some things are more important than finances. That’s easier said than fully applied.

So what would you do if you were on the verge of a million dollar payday but your wife went into labor? You walk out of the meeting, you lose the deal. You stay, you miss the birth.

Recently the world witnessed that very dilemma as Pro golfer Hunter Mahan, leading the Canadian Open after two days, got a call the morning of day three while on the practice tee. It was his wife, Kandi, telling him she’d gone into early labor – a full month ahead of her due date. The purse at stake: one million, eight thousand dollars.

Mahan didn’t hesitate, leaving immediately to be with his wife.

But one man’s million dollar loss in another man’s million dollar gain. Brandt Snedeker won the tournament Sunday. “I can’t thank Kandi enough for going into labor early,” Snedeker said later. “I don’t know if I’d be sitting here if she hadn’t. But that is a way more important thing than a golf tournament. I missed a golf tournament when my first was born, and it was the best decision I ever made. I’m sure Hunter would say the same thing.”

Mahan had a two-shot lead after 36 holes and while that isn’t enough to assure a win, even a top 15 finish would land him six figures.

A USA Today story from a few months back put the cost of raising a child at $235,000. Mahan would top that had he hung on for a 5th place finish.

It’s often been reported rich businessmen on their deathbed say, if they could do it over, they’d spend more time with family. Never do they say “I wish I’d spent more time in the office.”

And Mahan had the best office you could wish for: a golf course.