NASDAQ and ADD: Shutdown Reveals Just How Short-Term We Think 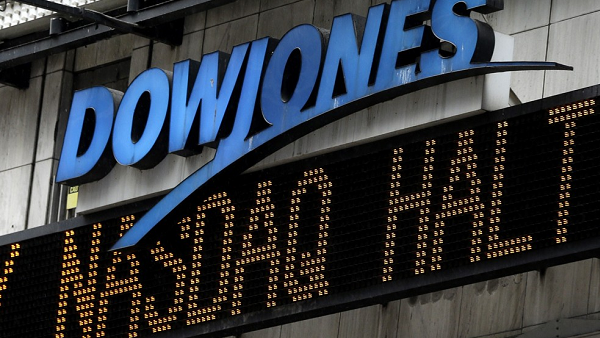 Recently I was a guest on American Family Radio’s nationally syndicated show hosted by my friend, Crane Durham. Topic one was Friday afternoon’s temporary interruption in data streaming and the enormous amount of attention paid to it then, and since, by financial media. The interview can be heard in total by clicking here. Part of it is transcribed below.

Crane: “Okay, well, just a quick story to address it in a general capacity: NASDAQ shut down for a little bit today and the headlines were, “Chaos caused in the market!” What does it say to you when there’s a shut down for a brief period of time and it causes that much chaos?”

Jerry: “It says to me that we have a culture that is extremely, heavily focused on short-term trading and not focused on long-term valuation. I have a friend – Larry Cunningham, he’s a professor of finance in New York – and he has this phrase: He calls it ‘Q culture’, [with] the letter Q. Q means ‘quote’. The idea is that there are so many people now who work in finance who are totally driven by Q, by the quote, [by] the specific price at a specific second. And that’s basically background noise; what really matters for investors and for the economy is sort of long-term valuation, really the long-term character of the nation, the long-term character of the people who are managing a corporation, the soundness of their business models. What happens from second-to-second is really a distraction, but we have gotten so wrapped up in what happens second-to-second — that’s what tends to dominate financial media – that if the NASDAQ goes down for three hours, I mean, it’s like the end of the world, right? It’s darkness at noon; it’s horrible; the widows are weeping and everything. I mean, for Pete’s sake, a wire got cut or something like that. Last time this happened it was a squirrel. A squirrel on the power line I guess chewed the power line, and it didn’t end well for the squirrel but it ended fine for the market. We are so caught up. I read the Wall Street Journal, this led TheWallStreetJournal.com this afternoon, and I read the quotes: “Nefarious motives,” “Economy collapsing.” It’s absolutely insane but this is what happens when we breed a culture that just goes second-by-second…rather than being focused on sort of long-term issues; a long-term view.”

Crane: “What does scripture say about the long-term view? I had a wonderful conversation with my father-in-law, and it was wonderful because I could relate to it and understand it. He’s far brighter than I am and he was being gentle in this lesson. He was saying, “Crane, you’ve got to look at the fact that we’re at a place right now where we either are going to plant and grow and harvest, or we’re going to eat the seed corn.” I thought that was an amazing way to put it, but tell me something when you hear that — what does scripture say?”

Jerry: “Well, he’s right about that. That’s very Solomon, right? “You cast your bread upon the waters” weeping, but later on you’re able to harvest with joy. So, the biblical viewpoint is very much focused on a long-term view. The Bible frequently speaks in terms of generations, right? And it talks about wealth-creation and intergenerational enterprise. The proverbs are filled with things about not looking at the short-run, about not being a simpleton, not being a fool. You know, “He who loves wine and oil will not become rich.” And the focus on Scripture tends to be about wealth-creation that goes to your children and to your children’s children; The Ten Commandments mentions the blessings of God going to your children and to your children’s children. A very common word in Scripture is ‘generation’, the bible gives us a generational view. Q culture gives us a ‘one second the price is this’, ‘one second the price is that’, ‘next second the price is this’ [view]. Turn on any of the financial shows and you’re going to get Q culture. You’re going to get, “Here’s something that just happened,” and then it’s gone – it doesn’t matter anymore and, “Here’s another.” “A price just changed, and a price just changed.” That’s not a biblical way of looking at the world. The Bible causes us to look eternally but also, in terms of this earthly life, to have a long-term view. Esau is the great negative example of this; you remember Esau, Jacob and Esau? People should be familiar with that story – Esau sold his entire multigenerational birthright for a pot of lentil stew. That is the ultimate, in my opinion, biblical example of somebody with a short-term view. Jacob is the example of somebody with a long-term view. Jacob values the covenant, values the promises of God, and takes the long view. We’re supposed to be more like Jacob, who the Bible describes as an upright (or actually a just and perfect) man, and not like Esau, who’s almost more like an animal and who lives by his momentary impulses. This has tremendous implications for investors. Investors should not be caring about short-term price movements; investors ought to be looking at the state of the nation, business models, general macroeconomic trends, and not on minute variations in price.”