Waiting For Goldot: Why Inflation isn’t Showing Up 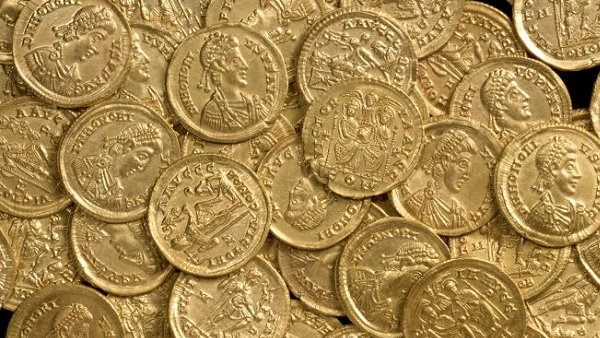 In the news for August 15th, comes this interesting tidbit from the Wall Street Journal: hedge-fund billionaire investor John Paulson, of the gold bulls, in the second quarter cut $2 billion from his hedge fund’s investment in the SPDR Gold Trust fund leaving $1.2 billion, while also selling options in Barrick Gold Corporation, a gold-mining company. The reason? “Paulson has suffered deep losses in gold this year as stocks have climbed, inflation has remained tame and investors have dumped the precious metal.”

Aye, there’s the rub, and the key to understanding gold’s past, present, and future. Gold, in the era of “fiat” currencies, is a hedge against inflation. That is its function and utility in an investor’s portfolio. The expectation in recent years has been for a surge in inflation, fueled by central bankers’ policies of near-zero short-term interest rates and quantitative easing. This has proved to be an exercise in “waiting for Godot” as inflation rates have remained tame and interest rates likewise. As an example, the rate on an adjustable-rate mortgage in the Netherlands is currently 1.122% – practically in negative territory.

So across the Western world runaway inflation has not materialized, putting a damper on gold’s prospects. Add to this the prospect of the Fed’s winding down its quantitative easing program, and one understands why gold dropped so steeply in first-half 2013.

But it has firmed up of late, and the question is of where gold is headed. The arguments are thick that gold has bottomed — that a reversal is in the offing.

One argument in favor of this is technical. Jack Crooks (whom I highly recommend) makes this case in Timing Gold: Round 2. Another focuses on demand from China and Japan. ”J.P. Morgan is bullish on gold even after Paulson dumped holdings” runs the headline of a Marketwatch.com article. The article quotes J.P. Morgan analysts: “China and India remain large physical buyers of the metal,” they say, leading them to “believe this highlights that enthusiasm for the metal remains strong amongst the majority of the world’s population.”

The commodity-demand factor is indeed something to consider. Not everyone thinks about gold the way the West does. India, for instance, has always valued gold as an element of bridal dowries. It is a true status symbol for them, and low gold prices have sparked Indian demand precisely for this end. So the fact that Indians are now playing their age-old role of “precious metal sink” (the Romans already complained of it, back in the day when gold was their chief form of money) is a true X factor.

Then there is the argument centering on replacement cost putting a floor under gold’s price. But that is irrelevant. If there is a superfluity of a commodity, then that commodity’s price will drop regardless of replacement cost. Its movements depend on supply and demand, and supply is determined by more than just replacement cost – how about all that hoarded metal coming back onto the market?

These factors are secondary. The long-run factor driving gold’s fundamental as opposed to technical price movement is inflation prospects.