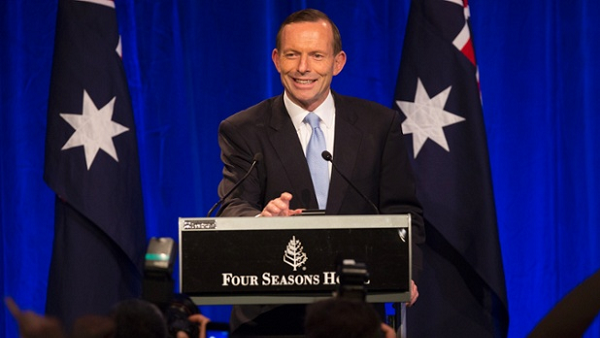 As the media tries its best to deny the signals which have come through the channel of the Australian election, it will increasingly emphasize the degree to which the liberals were torn apart by personality differences. But ultimately the intra-party fights on the left ended up removing the poorly liked Gillard from the top of the ticket and replacing her with the better liked Rudd. Further, the personal grudges themselves were grounded in the incoherence of the left’s economic policies. Rudd was unpopular because of his draconian policies towards the extremely important mining industry. This gave Gillard her opening, but then once in power, she continued to pursue anti-mining tax and regulatory policy.

The results were predictable: electricity prices saw their largest ever spike, the economy slowed and unemployment rose. Mining tax revenues, which were supposed to raise revenues, saw unexpected shortfalls, unexpected at least to the demand siders who implemented them.

In other words, the basic problem with the Australian liberals is that the ‘green’ policies of the party are simply unpopular in a country in which mining is the most successful industry. They are unpopular because they do not work and no game of musical chairmen can ultimately conceal that fact.

Australia was an early adopter of the anti-carbon fad and therefore it is no surprise that the most devastating rebuttal to that fad, Heaven and Earth, was penned by Ian Pilmer, an Australian scientist. America, which is still in the fevered pitch of anti-carbon hysteria, should listen to the rest of the world and see how those who anxiously adopted anti-carbon policies are even more anxiously fleeing from them. And it’s not just the Anglosphere: Spain’s power shift last year partly reflects public rejection of the disastrous consequences of demonizing carbon. In a little while we’ll see Angela Merkel retain power in Germany after having cut green subsidies in the nation which invented the Green Party.

Tony Abbott was right when he said “This election is a referendum on the carbon tax.” and the ruling class contributed to that fact, with even the Wall Street Journal (whose news writers are as liberal as the Times, while its op/ed page is conservative) running scandalized stories with supposedly outrageous quotes from Abbott like, “Global warming is absolute crap.” Little did they know that the people of Australia, especially the working class agreed with Abbott.