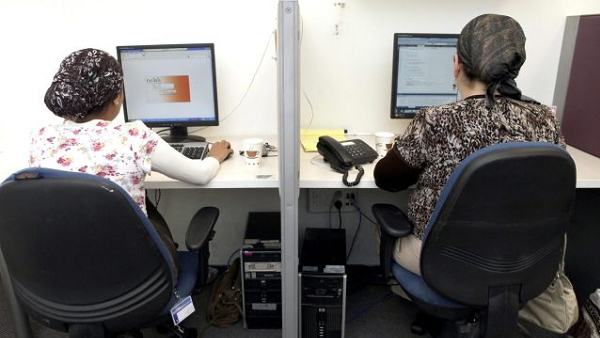 Picking up where we left in my previous article: The U.S. does have options. One is to offer a package of taxes and benefits sufficiently exceeding what’s offered elsewhere in order to bring more talent and capital to its shores. There may, however, be objections to such a policy, specifically from the countries drained of their best and brightest, which may have unintended political consequences.

Also, with unemployment presently high, U.S. citizens may object to the inflow of highly skilled and entrepreneurial workers, albeit for the wrong reasons. This objection could be dealt with through a campaign showing that ready-made, entrepreneurial talent moving to the U.S. does not make things worse, but in fact makes things better, faster by importing ready made and paid for “capital.”

But you need some gutsy political leadership for such a campaign, even though the historical evidence is unequivocal, as the influx of 1 million immigrants from Russia to Israel in the late 1980s is representative. About one-third were engineers and technicians. Their talents, combined with the domestic ones, both financed by then just decentralizing capital markets, transformed Israel from a place where there was absolutely no venture capital and no start-ups in 1990, to one that is now labelled a “start-up nation.”  Western Europe’s post WWII miracles is an example of such flux and such policies too, as a good part of the 50 million wandering refugees ended up there, combined with occasional drastic changes in fiscal policy (Erhard’s or Thatcher’s).

The long-term option for the U.S. would be to create incentives to foster such a start-up environment. Policies to promote it include reducing the regulatory and fiscal burdens on small enterprises, diminishing and simplifying tax codes and combining it with a credible plan to significantly reduce entitlements secured during the pre-1990 immobile past.  (Whether on purpose or by accident, the Federal Reserve’s policies are achieving this goal: They redistribute massive amounts from savers to governments, helping them both to sustain their debts and paying for bureaucracies and past commitments – for the moment).

A far better policy would be diminishing by at least a year or two the number of years youngsters spend in schools, colleges and universities. Spending 16+ years in school before finally graduating in disciplines that can be completed in 15 or even 12 years was appropriate, perhaps, for that immobile world, where leisurely schooling was easily rationalized and extravagantly subsidized.

The rest of the world cannot afford such a leisurely approach to education today. A faster education process would immediately be reflected both in the younger generation taking on greater responsibilities sooner and in a diminished tax burden.  The steps North Carolina just took in ending the practice of teachers getting automatic raises by competing often Mickey-Mouse master degrees at universities – is a tiny step in the right direction of ending what is now a massive education Ponzi scheme.

The Israeli experience once again makes the case for the above. Youngsters there have been educated from early on to tackle big responsibilities, even of the life-and-death variety, by the age of 18. Studies that take 16 years in the U.S. are completed there at least two years quicker. Facing wars, Israeli youth have little choice but to gain life experience and grow up fast.

Like it or not, the younger generation in the U.S. now faces the same prospect of having to grow up much faster than in the past, though luckily this would happen not because of wars, but because of sudden, intense global competition. Leveraging entrepreneurial talent with such a generation of disciplined young people is the long-term remedy for rebuilding equity in the United States faster. After all, the youth are the economic future of the country. The rest is commentary.

Neither is simply “creating jobs” the proper response. The U.S. must create jobs with the potential of creating assets.  Unemployment benefits, getting on disability benefits and food-stamps are necessary to put a floor for the people going through this rapid transition that few, if any foresaw coming 30 years ago.  But this would neither stabilize the middle class nor restore upward mobility.  Only a more disciplined, motivated, harder-working and held accountable younger generation moving into industry, commerce – and yes, finance too – can achieve that.

A version of this article originally appeared on Asia Times Online.