Syria Strike and Stability: Why Global Markets Are Right to Be Concerned 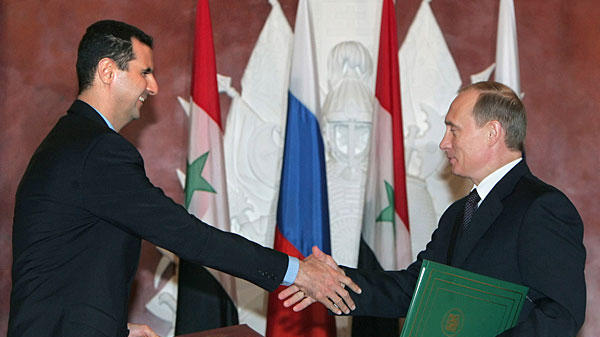 Yes, there’s lots of domestic angles, from debt ceiling to the new Fed chairman. Yes, Obama would spend political capital in striking Syria which would leave him less able to resolve the debt ceiling issue legislatively. Yes, a Syria strike would make the mood in DC more partisan. Yes, it would divide the left coalition, leaving Obama with the need to mend fences with what’s left of the anti-war faction of the Democratic party, which lately seems like it belongs on the side of a milk carton. Yes, it makes liberal darling, Janet Yellen, a tad more likely to get Obama’s nod than liberal good enough, Larry Summers.

But gold didn’t go up 10 pct in three weeks just because Obama might make DC even more partisan. The Israeli stock market didn’t severely underperform during a month in which the emerging markets bounced back nicely just because Syria might lose a few gas depots. Oil prices didn’t spike because the US might be striking a country which has very little oil production and does not sit on or near any oil shipping chokepoints.

Global investors are beginning to price in a small but growing probability of a big event: the event is a tiny regional war waged by tiny regional proxies somehow spreading back to the greater powers which stand behind those proxies. The Syrian civil war has been going on since 1976, and it is a proxy war between Iran, which backs the regime partly because of a shared Shia heritage on the one hand, and Saudi Arabia which backs at least some of the rebels because of a shared Sunni heritage among other things on the other. Then there is the historical role of the Muslim Brotherhood, out of Egypt as another opposition group. Syria’s small, but it’s an arena in which the big bad regional boys are placing bets on opposing sides.

And that’s just the regional level of analysis, but this isn’t just a regional proxy fight: it’s a global proxy battle between the US and Russia. Russia has, as always an interest in curbing and challenging the power of the US, but it also in this case has a moral and political interest: the protection of Orthodox Christians. Putin has worked very hard to restore the relationship of the Russian state to Orthodox Christianity. His jailing of the punk rock group Pussy Riot is more than mere suppression of critics. It was not until the group stormed into a Cathedral, rushed the alter and started screaming about ‘the shit of the Lord’ and calling the Orthodox patriarch ‘a bitch’ that the Russian state threw the book at them. Putin recently declared that it was the conversion of Russia to Christianity a millennium ago, which led to its rise as a great power. Does Putin believe that? I don’t know, but he says he does and he acts accordingly. The Assad regime has been generally protective of Christians in the region, while the enemies of the regime, who Obama wants to help have been persecutors. In an ironic twist of history, Russia is fighting for the interest of Christians in the Middle East, while Obama is pushing policy agenda which may well lead to fide-cide and the final eradication of the only people on earth who still speak Aramaic, the language of Jesus.

Russia is sending war ships to the region and opposing the US strike on the UN Security Council. Tensions are rising. Regional conflicts have a way of spiraling out of control in unexpected ways as the world found out after the assassination of the archduke Franz Ferdinand in Sarajevo in a Russian, Austrian, German proxy war in 1914. As Margaret Thatcher used to say, some of these bloody crowded little regions of the world produce more history than they can consume locally.

The probabilities might be low, but the stakes are high.