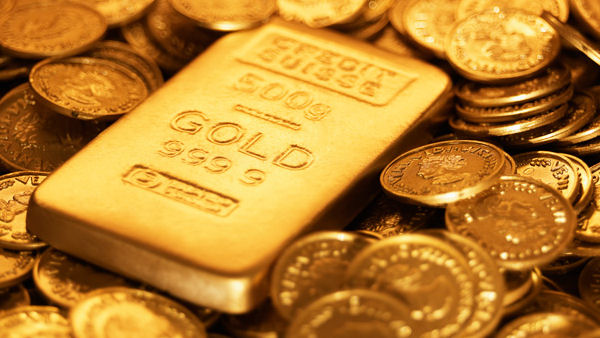 My friend Crane Durham, host of the nationally syndicated radio show Nothing but Truth, surprised me with a question recently. “Is there a Biblical approach to Fed, that is monetary, policy?” Here’s how I answered:

Crane: “This may sound like a silly and stupid question, but is there a Fed policy that could be crafted, one that you spoke to with Paul Volcker obviously through the appointment of – well, he stuck with them, didn’t he, through Carter — Reagan? Bottom line, can you have a biblical Fed policy and if so what would it be?”

Jerry: “Well, that’s an interesting point of view. I think you can make a pretty good case that a biblical monetary policy would be based on metals. Now, it’s kind of complicated to go through that, but you do have a lot of positive references in the Scripture to precious metals-backed currency — not just in Israel’s history but even before that. I’m not going to go out there and say that if you’re a Christian you must believe in a gold standard or silver standard; that would be further, I think, than the biblical evidence goes. But I think one thing that a serious Christian has to reject is the idea that debasing currency is by some kind of planning elite that are allegedly sort of above the rest of us, above the normal human limitations of selfishness and abuse of power — I think we have to reject that notion. But, I would go further to say that there would have to be some form of monetary discipline. Actually, it’s interesting: if someone goes to a Catholic church or Orthodox or Lutheran, they’ll see the revised common lectionary; the readings from the last couple of weeks have been from the prophet Amos, and one of the strongest condemnations Amos makes is about the debasing of currency. He says what it does is make poor people poorer and they get sold into slavery. You know, a lot of preachers are preaching from Amos and talking about how Amos is condemning social injustice – and they’re right, he is – but specifically the social injustice is the debasing of currency. What happened was corrupt kings in the time of Amos were debasing the currency, and you didn’t have a full shekel, you had a debased shekel. Essentially, that’s what we have now. We have a debased dollar. You know, the persecuting emperors of Rome: Diocletian, Nero… They persecuted the church and they debased the currency, and I would suggest that those things are related in that once you think you’re a god [and] you think you can do whatever you want with somebody else’s property or life, if you acknowledge that there is only one God-man ever and it’s not Nero and it’s not Diocletian, and it’s not Jeroboam and it’s not Obama — if there’s only one theanthropos, that’s Jesus Christ. All the rest of us are human and subject to limitations, and we really shouldn’t be in the business of taking people’s money, whether it’s debasement or direct confiscation. At that point, you have to have some kind of break on the money supply. For all of human history that break has been gold or silver. Maybe someone can find another way to break away from pure paper currency and fiat and arbitrary power, but I’d say for now I would personally favor some kind of metals-backed currency standard. Even if you don’t believe the Bible requires it, the Constitution does, and we’re supposed to obey the higher authority, and in our country the higher authority is the United States Constitution. And it explicitly requires a metals-backed currency; not a fiat currency; not infinitely expandable at the whim of an executive or at the technological expertise of someone from the Ivy League schools.”

Crane: “And for the record, just so the audience knows this, that question – we didn’t prepare for that. It was a question I added impromptu and, quite frankly, it just shows the brilliance of Jerry Bowyer. You’re amazing.”

Crane: “I was sitting back and just listening to that and in your answer you said, recognizing in essence the fallen nature –“

Jerry: “Yeah, that’s it. The fallen nature of man – you have to therefore limit the power of men over others.”

Crane: “My question is: why is it, if we understand that [and] our founders understood that we have a Judeo-Christian foundation, a religious society to uphold the Constitution as necessary, as you well know, but bottom line… Why is it that when I ask if a conservative could win today — (and by ‘conservative’ I mean ‘social conservative’ and ‘economic conservative’) – if they could win the presidency, so many feel [that] no, it’s not possible? Have we all turned to government, in the sense that the majority of Americans and the big-government folks have won the debate or the discussion, to say, “Hey, guess what, government can be your daddy, your god”?”

Jerry: “They haven’t won the debate but they have won the discussion. They haven’t made a debate, they’ve simply used manipulative language. They’ve played with our stock response, they flooded us with propaganda through popular culture. They didn’t win our minds; they won our hearts, or actually even they won our guts. They won our passions and our impulses. They didn’t win the debate. So, the question was, “Can a conservative win now?” And that’s been your poll question, right?”

Jerry: “Can a genuine Christian conservative win the presidency right now, and a lot of your poll answers are saying ‘no’, is that right?”

Crane: “Right. I asked a general question. “Finish this sentence: a Christian or a conservative could win if ______,” and a people filled it in — everything from Hades freezing over to a whole host of things that were said. Wonderful responses, quite frankly, but it does show that people are let down. If all Christians would vote on their values instead of Democrats or on race people chiming in [and] looking at the divisive elements of why people are voting… Your thoughts, Jerry?”

Jerry: “Yeah, race or age or class. If the church were unified, if black Christians and white Christians thought the same way, and old and middle-aged and young Christians thought the same way, then this country would have some consensus. But what happens is we allow sort of the Holy Trinity — or the unholy Trinity — of leftist politics: race, gender, class — and let’s add a fourth so it’s not a trinity anymore — age. We allow those wedges to get in, and so the Christian consensus is broken apart by those kind of cleavage points. So, I think your answers are right in the sense that if you look at the country the way it is now, a good leader could not be elected, but I think maybe what they might be missing is a point that my friend George Gilder makes: a good leader creates his own consensus. A good leader doesn’t just deal with the nation that he or she is faced with. A good leader comes out and persuades and changes the country. A really great leader comes out and looks at the country as it is and changes it into a country which would then accept good leadership. Reagan did that. We’ve seen that in history before – Constantine – there have been plenty of times that great nations were at the edge of the abyss and God raises up a Wilberforce or a Reagan or a Constantine — and people might question any particular case — or a Luther or whatever: he raises people up and those leaders lead so the country changes enough that will accept their leadership.”

Crane: “Jerry Bowyer, thank you. Great to be with you as always.”