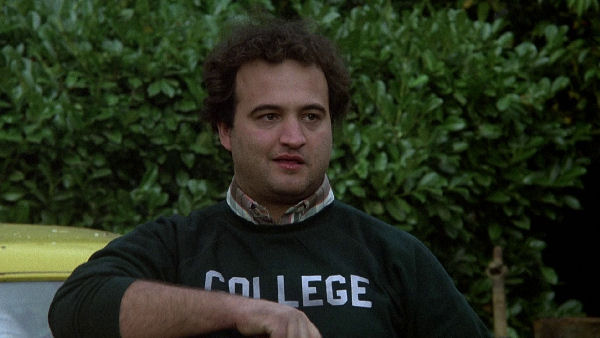 Sounds crazy, doesn’t it?  But the question “Is college for everybody?” keeps popping up for a variety of reasons.  I hear it a lot lately due to the wacky left-wing politicization of your average professor.  Today, however, it’s a question of finances.

A USA Today story notes, “More than 260 colleges and universities in 40 states, the District of Columbia and Puerto Rico have students who are more likely to default on their loans than full-time freshmen are to graduate.”  These days, every kid is told they must go to college.  For many, this means party time, especially for those who have no business being there in the first place.  Yes, some just aren’t cut out for higher education.

Yet they go, racking up tens of thousands of dollars in student loan debt, only to drop out and seek employment in this lousy Obama economy.  If they find work, it’s unlikely to pay much – even graduates are struggling to find decent paying jobs.  So a former student with, say, $40,000 in loans and no degree is probably going to ask the question “Why am I paying for this?”  Or worse, “How can I pay for this?”  There are consequences for a default, but for many, they feel they have no choice.

But will that stop parents from sending their kids to college?  Not likely.  It seems to be a rite of passage.  Something to talk about.  “Kids, when I was in college…”

Oh, and then there’s this guy.  Or guys.  A driver snapped a photo of a freeway sign in Florida that misspelled the state not once but twice.  Flordia.  The Florida Department of Transportation blamed the company that made the sign, located in Arkansas.  Unanswered in the story:  How did they miss this blunder?  How many people saw that sign before it went out?  How did it get all the way to the freeway, where it was attached to a massive overhang before somebody asked “Where is Flordia?”

Adding an oh-so-nifty irony to it all, both Flordia references are to a college campus.