The Most Important Character Trait You Need in a Fed Chairman 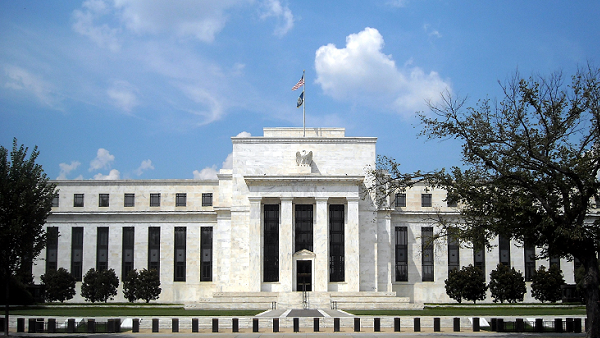 We now know that Obama has nominated Janet Yellen, Fed Vice Chair, to replace Ben Bernanke as chairman of the Fed. A recent radio discussion I had on American Family Radio about the recent decision of the Fed not to taper its bond purchases and the market’s reaction to that decision seems well-timed when it comes to isolating what I think is the personality characteristic most essential in a central banker. Audio can be found here and the transcript is below, with some minor edits for clarity.

Crane: “Why don’t we jump right in with gentle Ben Bernanke, who makes a statement that, hey, he’s going to start tapering, which means that they’re going to pull back from their bond-buying program of mortgage-backed securities. Meaning that, in essence, we’re going to see interest rates rise and attempt to return to a place where we have interest rates that are more market-driven as opposed to arbitrarily driven by the Fed. That would tell us that we’re getting through; we’re finally through this recession — I know it’s technically over but bottom line, we’re recovering enough [and] things are stable enough where we don’t have to put on pain reliever and inject it. Your thoughts yesterday of what he said?”

Jerry: “It’s really kind of amazing. Let’s just put things in context here: the only thing under discussion was whether [or not] to decrease the new money being added to the system through a completely unprecedented program called quantitative easing. So, the Fed already has the lowest interest rates we’ve ever had in American history — basically, the interest rates that they’ve traditionally set is already set at zero. It’s never been like that before ever in American history, so that’s already an extremely aggressive creation of money. In addition to that, the Federal Reserve went out and started to buy very large quantities of Federal Treasury Bonds — that is, the pieces of paper basically that the central government uses to borrow money, that’s QE1 and QE2. In addition to that, they launched a buying of other securities, namely private securities like mortgage bonds, which has never ever been done by the United States in the whole history of the republic. So, that’s the level of interference in markets that we’re at. There was a rumor that instead of buying $85 billion a month in these securities with newly created money, they might taper back to $75 billion a month, and even that turned out not to be true. It is full speed ahead; we are creating money at a pace like we have never created money before; we are creating money in ways we have never created money before; we’re interfering in market processes in ways that are completely unprecedented in American history. Really, most of the countries in the world have not intervened this forcefully in distorting their interest rates, and what we saw from Dr. Bernanke is absolutely zero tolerance for pain. We saw that he’s unwilling to impose even the most minute amount of monetary discipline. You know, Crane, someone asked me recently – this was in a conference call, it was an investment committee – they said, “What should Bernanke do,” and, “Who should replace Bernanke,” and all of the rest of it, and I said, “You know, the most important thing that you need in a Fed Chairman is not technical knowledge. You can assume a certain amount of technical knowledge. The most important thing you need in a Fed Chairman is moral courage. What you need in that job is somebody who is willing to be hated.” Paul Volcker was willing to be hated and Ronald Reagan was too, as a matter of fact, and they were willing to go through a painful adjustment process to put the United States back on a growth path rather than an inflation path — rather than fake growth through monetary policy. We have the un-Reagan in the presidency and the un-Volcker in the Fed. In the one case, Obama has courage. He’s willing to go ahead with his plans no matter how foolish and foolhardy and ineffective they are, because his ideology drives him to do that. On the other hand with Bernanke, a man who knows better, he simply does not have the moral fiber to do things which people will hate him for, and therefore the crisis goes on. You’re right, it’s not a recession anymore, but it’s not normal either. The recession is over but the crisis continues.”