What to Expect From the World’s Freest Economy 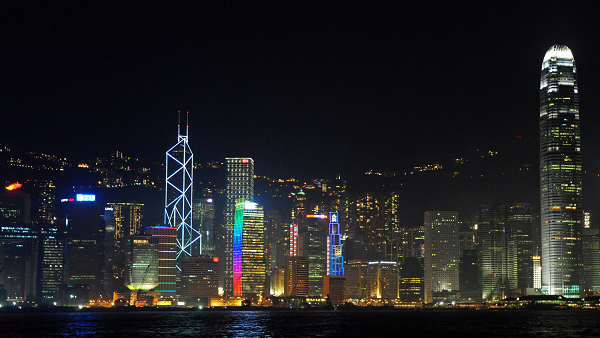 Hong Kong has a strong, historically established foundation of exemplary economic freedom that serves its long-term, ambitious goals of surpassing cities like London and New York. In its Index of Economic Freedom, the Heritage Foundation has consistently ranked Hong Kong at the top of the economic freedom list almost every year. They have been given remarkably high scores in the areas most important and attractive from the perspective of a foreign investor, such as business freedom and investment freedom.

And, despite more recent changes — like IPO reform — that in absolute terms reduce freedom, their economic liberty will most likely not suffer too dramatically from the changes made. Having such an exceptional record of economic freedom that spans decades covers a multitude of sins.

Though IPO reform is arguably the most significant regulatory change of recent years in Hong Kong, there is another large, substantial change that is consistent with this philosophy. That change, to which Hong Kong is far from the only adherent, is the implementation of the international Basel III regulatory package.

In October of 2012, the Hong Kong government began implementation of the initial phase of Basel III. The regulations dictate a higher minimum legal level of capital reserve that banks need to have on hand, bringing the minimum ratio required up to 8%. An official from the Hong Kong Monetary Authority stated that banks average reserve levels are 16%, and thus are relatively well prepared for the implementation of these new regulations.

This is counter-inflationary, as decreasing how much money those banks with lower capital reserve ratios can lend out leads to a decrease in the overall money supply and a stronger Hong Kong Dollar.

This is an area where, like the implementation of a stamp duty tax on foreign investors to deflate the real-estate bubble, the government of Hong Kong sacrifices some of its abundant economic freedom for the sake of stability and inspiring confidence in investors. However, as it turned out, the stamp duty tax was a step too far. “The stamp duty tax is a disaster here. Transaction volume plummeted and supply reduced substantially so the price hasn’t gone down.” Says Peter Wong, a Hong Kong expert from the Lion Rock Institute, a free market think-tank based in HK. “Even worse, we have experienced a sucker’s rally here in our real-estate market: as smart money moved out of the luxury apartment market, first time home buyers rushed into the entry level apartment, so the gap between the low and high end market is closing.”

There are, however, several steps that the city has taken that are inarguably positive. A strong example of this is the FTA between Hong Kong and Switzerland, enacted in October of 2012. The significance of this deal lies in the Switzerland’s extremely high economic freedom.

In the past, Daniel Kung, the president of Switzerland Global Enterprise, which operates a large SBH, or Swiss Business Hub, in the city, has used the term “the gate to China” to describe Hong Kong. Mr. Kung is clearly stating that, given how open Hong Kong and Switzerland are to foreign investment, European nations that to do not have FTAs with China or Hong Kong could use Switzerland as a bridge for trade and investment by proxy into China.

The immediate effects of the deal were significant. It resulted in a large increase in Swiss businesses and banks opening branches in the city, and at least 200 Swiss businesses now operate within Hong Kong.

Though the effectiveness of most of the stability-oriented major structural reforms that have been undertaken over the past several years are highly debatable, those few unquestionably solid reforms and policies, along with the exceptionally advantageous, established economic foundation, inspire confidence in the ability of Hong Kong to carry out its long-term ambitions.