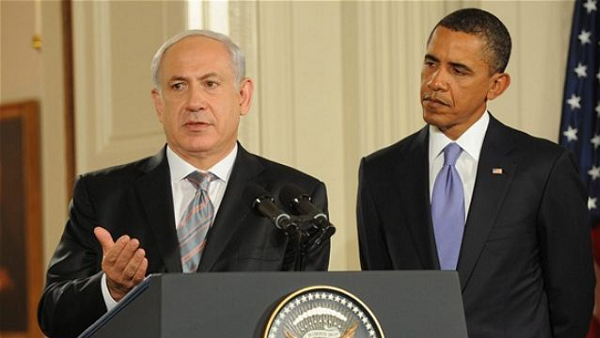 One of the central, but mostly unstated, foreign policy goals of the Obama Administration has been to decrease US involvement in the Middle-East. The Iraq War is over, the Afghanistan War is nearing its close, the US declined to have a force remain in Libya to ensure the post-Qaddafi state did not descend into militia violence, and we managed to avoid entanglement in Syria. US influence in the Middle-East, and for that matter, globally, is significantly lower than it was ten years ago.

Of all the security concerns that keep the United States as involved as it is in the Middle-East, the most entangling in the long term is the Iranian nuclear issue. More than a resurgent Al-Qaeda in Syria and Yemen, or the Taliban in West-Pakistan, or the Israeli-Palestinian conflict, the prospect of a nuclear Iran keeps the United States committed to the region. That is the main reason Netanyahu opposes the Iranian nuclear deal: it keeps the US committed to the region, and by extent, committed to Israel.

A central component of the deal is that Iran must suspend highly-enriched uranium for six months. That is six months the United States has to further disconnect itself from Middle-Eastern affairs, instead switching its focus to a resurgent China in East Asia, and leave countering Iranian influence to Saudi Arabia and Israel. Given the track record of President Obama over the past five years in the greater Middle-East, and the unfulfilled promise of a “pivot to Asia,” this is a conceivable possibility.

An altered balance of power in the region has emerged over the past several months due to perceived US inaction on Syria and weakness on Iran. We now see, with momentum from a diplomatic victory in Syria behind it, a resurgent Russia, motivated partially by a commitment to defend the, by regional standards, large Christian community in Syria that has been victimized by sectarian violence. Russian involvement in the Greater Middle-East, excluding the invasion of Georgia in 2008, has been extremely limited since the end of the Soviet War in Afghanistan. By all means, Russian assertiveness extends beyond simply Syria, with bullying of Moldova and Ukraine in Eastern Europe, and a concentration on economic development in the Asia-Pacific region.

Additionally, it appears that Netanyahu recognizes that Israel can no longer count on unchallenged US support, both because of generally decreased focus on the region, President Obama’s support for Palestinian statehood, and increased domestic opposition to the billions of dollars Israelis receive in foreign aid. Faced with a soft United States, Israel and Saudi Arabia, not the US, may primarily bear the responsibility of containing, or delaying,  a nuclear Iran.