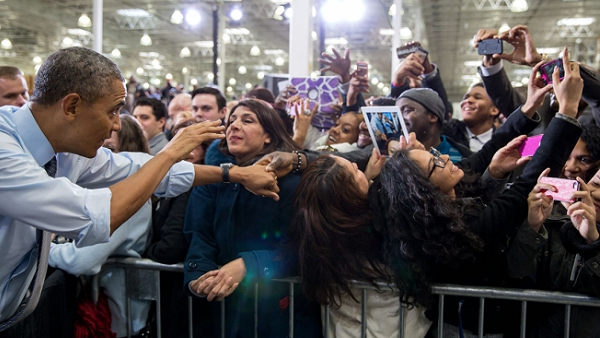 A few weeks ago, on the 50th anniversary of the beginning of LBJ’s War on Poverty, President Obama announced the first of 20 ‘Promise Zones’. To briefly summarize, these zones are relatively poor cities or counties where there will be an increase in Federal spending in two areas that are sure to increase public support for the Democrats:  public housing, and education. The stated goal, of course, is to fight poverty. The actual goal seems to be to score political points prior to the mid-term elections in November, much like Obama’s “push” to raise the minimum wage to $10 an hour.

These zones have not been reported on very extensively, and for good reason; their economic impact will be negligible at best. They are almost certainly purely political in intent and impact. But this event is actually an interesting example of the contrast in the economic policies of China and the West (specifically the United States) in recent years. A recent example on the U.S. side is Obama’s Promise Zones. On the Chinese side, we have their policy of ‘Special Economic Zones’. These zones are exactly what they sound like: cities, or regions of cities, where things like banking regulations and barriers to foreign investment are greatly reduced and economic policy is overall more conducive to growth. Essentially, the Chinese leadership is experimenting with certain economic policies which President Xi may implement in the future on a national scale. Shanghai, along with other Free Trade Zones, is in some sense a mini-Hong Kong except with more oversight from Beijing. In other words, they are almost the opposite of Obama’s Promise Zones.

These policies are a fine example of the larger trend: as the economic freedom and geopolitical influence of the United States declines, China is liberalizing its markets and becoming assertive in establishing its own sphere of influence from the South and East China Seas to Central Asia and Africa.

Like the transfer of ownership of Hong Kong from the United Kingdom to China in 1997, this is a largely symbolic event. But it is just one example of the most important geopolitical and economic issue of modern times: the ascent of the People’s Republic of China against the descent of the United States, as the former gradually moves from statism to a market-based economy and the latter gradually moves away from a market-based economy and towards statism.

Obama’s promise zones are not themselves significant for the U.S. economy, just as Xi’s free trade zones are not themselves significant to China’s economy; especially when compared to the other recent reforms in China. However, they represent the differing general economic policies of Xi Jinping – and to a lesser extent his predecessor, Hu Jintao — in China, and Barack Obama in the United States. Clearly, these are pilot programs, meaning they spearhead policies an administration is considering whether to implement on a larger scale. In one case, it is free markets; in the other, frivolous welfare spending.