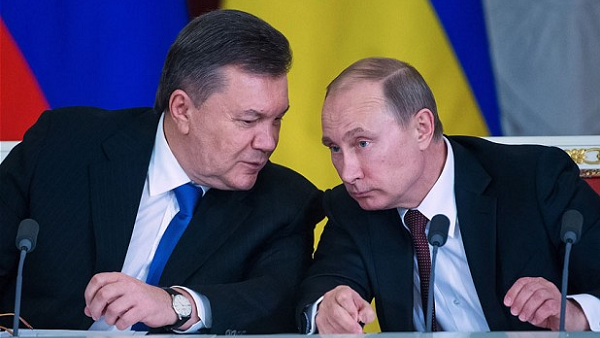 There is a concept in realist international relations theory called the “security dilemma.” Among other things, this refers to the inherent problem in international politics wherein state actions taken purely for defensive motivations almost always appear offensive in the eyes of other states. Take, for example, Chinese defense spending this year: it rose by about 12%. In the eyes of China, this is a necessary precaution to counter the United States’ “pivot to Asia.” In the eyes of the United States, this is an aggressive move meant to further Chinese control in the South China Sea. Therein lies the dilemma: the Chinese think they are being reasonable and defensive, the United States thinks they’re being aggressive and provocative. This is just one illustration of the problem; another is Russia’s intervention in Crimea. When considering said intervention, we must keep the security dilemma in mind.

Before the accusation is made that Russia is pursuing “19th century imperialism,” as Secretary of State Kerry put it, and before Garry Kasparov and Hillary Clinton compare Vladimir Putin to Adolf Hitler, the situation needs to be looked at from the Russian perspective. Conventional wisdom states that President Putin is acting in an irrational and aggressive fashion that “defies international norms.” As in most cases, the conventional wisdom here is mostly wrong; Russia is acting as most great powers in similar situations do.

To put it in blunt terms, President Putin is faced with a nightmare scenario: a pro-Western, EU-associated and eventually NATO-integrated Ukraine on its Western border. The security implications of having such a state in that close proximity to the Russian heartland are simply too much for Putin to tolerate. To truly understand the gravity of the situation Russia faces, it would be helpful to consider the following hypothetical situation: imagine a violent revolution in Mexico ends with the overthrow of President Pena Nieto. Those revolutionaries and their leaders that take power are overtly anti-American, and after they take power, they make clear their intention to cut economic and security ties with America. Furthermore, they join an economic union, then a military alliance, composed of all the United States’ enemies and rivals: Cuba, Venezuela, China, Russia, North Korea, Iran, et cetera.

Faced with such a situation, would it not be at least somewhat reasonable for the United States to execute some military operation in Mexico — faced with a “middle-power” state, allied with its chief security rivals, on its border — to protect U.S. interests? It would certainly not be without precedent; especially not for the Americans, who have not tolerated foreign powers’ presence since the establishment of the Monroe Doctrine. This is, in principle, the situation that Russia is faced with. NATO and the EU are to Russia what that hypothetical alliance mentioned above would be to the United States.

Additionally, the Ukrainian crisis has historical factors which give Russia greater motivation for intervention than the U.S. would have in the scenario envisioned above. It should be noted that the Russians have never truly considered Ukraine to be an independent, sovereign state the same way Mexico is. There is a reason that, until very recently, the state was called “the Ukraine” instead of “Ukraine.” The former implies that it is a more a region than a real state. This has some historical basis for it; prior to 1991, Ukraine had been either a de facto protectorate or outright province of Russia since the late 18th century. From Putin’s perspective, Ukraine is nothing more than a region of Russia given independence by a First Secretary of a long-dead predecessor state for political and diplomatic reasons. Is it not just as legitimate for Russia to claim hegemony and sovereignty in Eastern Europe as it is for the United States to claim the same thing in the entire Western hemisphere?

Viewed in this context, Putin’s actions are predictable and at some level understandable. His invasion is almost certainly illegal, and will destabilize the region for the sake of Russian interests. But to call the invasion of Crimea, and perhaps the future invasion of Ukraine proper, some kind of extraordinary Hitlerian evil is absurdity. This was a predictable act that many other great powers in similar situations have resorted to. The United States did not tolerate the Spanish, and later the Russians, in Cuba without a fight; Russia will not tolerate the Americans, Brits, Germans, and Poles in Ukraine. Simply put, it is a fact that having near-complete leverage in Ukraine is a necessary component of Russian hegemony in Eastern Europe, which is itself a central component of Russian security. This has been a foundational principle of Russian foreign policy since the days of the Russian Empire, and it is entirely consistent with the standard politics of great powers.

Of course, none of this means that Putin is actually justified in his invasion. It being standard conduct does not make it morally or legally defensible. The invasion of Crimea is an illegal act based entirely on Russian national security interests. It is not only a violation of international law (not that that such a violation carries much weight) but is also deeply destabilizing for the region and, in the event of real armed conflict, will result in scores of lost Ukrainian and Russian lives. The moral balance is clearly in the West’s favor, but Putin is a realist. For the protection of Russian security interests in Eastern Europe, invasion was a necessity; and while it is a violation of international law, it is by no means a violation of international precedents. Putin is doing what all great powers have done throughout history: violating the sovereignty of lesser powers in the pursuit of national interest and territorial gains. Even the liberal empires of the United States and Great Britain committed this crime on many occasions: America was fundamentally an expansionary power from the late 18th century to 1959; Britain from the late 16th century to 1929. Expansionary “wars of aggression” are not just part of the conduct of 19th century imperial bullies, as Mr. Kerry would allege. They were, and are, standard practice for great powers faced with such threats.

Furthermore, Russia’s seizure of Crimea was not purely for the purposes of simple imperial expansion; rather, Putin recognized that he needed an additional source of leverage over the government in Kiev. Russian control over Crimea is a source of said leverage. That was the real reason for the annexation of the peninsula. It was not just territory grabbing, it was a calculated move meant to represent to Kiev how far Russia was actually willing to go in opposing a Western-allied state on its border.

So, was it really such a breach of normal state conduct for Russia to seize Crimea in the face of such a substantial long-term threat? The answer to this question is a definitive “no.” Though the act itself was aggressive (though not quite as aggressive as the conventional wisdom states), it was done with defensive motivations. In other words, it was an aggressive tactic in a defensive strategy – one of ensuring Russian security through hegemony in Eastern Europe. The history of Ukrainian-Russian relations has been unfortunately forgotten within the mainstream narrative. Unlike Adolf Hitler in 1938, Putin in 2014 is not interested in seizing land for the sake of seizing land. He is interested in maintaining security through Russia’s historical sphere of influence. This is not about creating a new empire; it’s about protecting what is left of the old one.