The Degeneration Of NATO 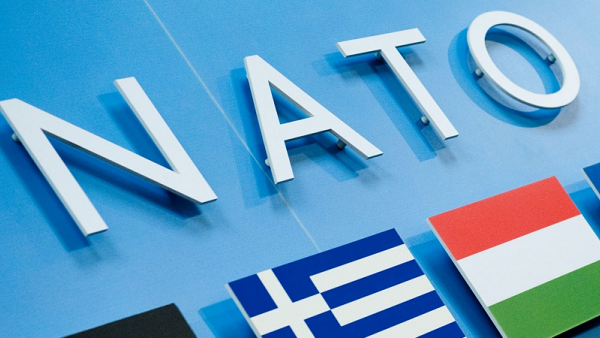 NATO ceased to be a genuine military alliance in 2004, when idealists made the short-sighted decision to include the small, weak, vulnerable states of Latvia, Lithuania, and Estonia in the alliance. This inclusion increased the chance of the United States getting involved in a war with Russia, cornered Vladimir Putin, laid the grounds for the Georgian conflict and the Crimea seizure, but added nothing to the security of the core NATO states. It was quite simply strategic charity. It was not in the interest of any of the core NATO states, and has detracted rather than enhanced their security – not to mention the fact that it was perceived as breaking a promise NATO made to the Russian Federation in 1991 not to touch Russia’s borders. Most importantly, it meant the death of NATO as a dependable military alliance.

What used to be a serious military alliance that significantly enhanced the security of Western Europe and the United States is now an international club of idealists. NATO is now essentially a more militarized UN Peacekeeping force. The greatest criticism of the United Nations has been that it is often unwilling to use military force to end humanitarian disasters, but where the UN exercised restraint, NATO has been far more willing to violate the sovereignty of states where the organization deems to find moral justification. In Kosovo, Bosnia, Libya – and almost Syria – NATO used significant military force while the UN did not.

This is, however, not what NATO was created for. When it was formed in 1949, NATO was not designed to be a humanitarian crusader. Its entire purpose was simply to deter Russia from invading Germany. Over time, it expanded its role to that of a general containment of the Soviet Empire. Nations, such as Turkey, were added only when they enhanced the policy of containment. But at no point during the Cold War did NATO pretend to be a cooperative international club designed to overthrow morally dubious leaders. Like most military alliances, it was designed to enhance the collective security of its member states by deterring another Great Power from pursuing aggressive policies. This was the basic idea behind NATO until 1991, when the Soviet Union fell and NATO faced an existential crisis. The alliance essentially lost its central purpose, and instead of consolidating itself to the core states, it needlessly and foolishly expanded into historic Russian territory. The idealists took NATO in the direction of “cooperation” and humanitarian interventions, ignoring the harsh political realities of Europe.

The result is clear. NATO is no longer enhancing the security of its core members, especially the United States. The United States is now obligated by treaty to defend Latvia, Lithuania, Estonia, Albania, and Croatia. These are states with which the America has no historical ties, and no moral obligation or political interest in protecting. Sometime in the future, the United States is going to be faced with getting involved in a conflict in which it has no interest, or suffering a serious loss of prestige. And the United States receives almost nothing in return. Does anyone truly think that having an alliance with the state of Lithuania, with its population of 1.3 million, enhances in any meaningful way American power or security? The Baltic states, and for that matter the Balkan states, are a strategic liability to the West, not a strategic asset.

Since the end of the Cold War, NATO has devolved into a dysfunctional geopolitical charity provider which reduces the security of its core states. It increases rather than decreases (as it did during the Cold War), the chances of a war between the United States and Russia, and it is now acting primarily as an instrument for humanitarian interventions. NATO has lost its role as a credible military alliance.