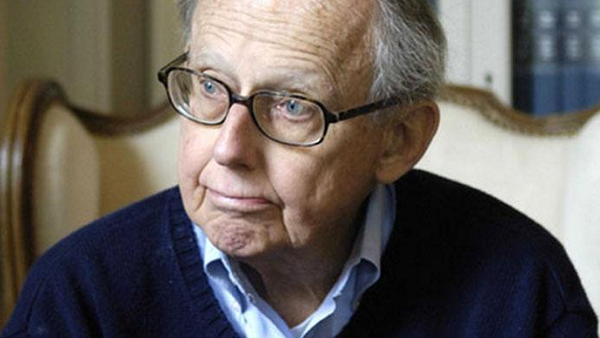 The civil war in Ukraine, the civil war in Iraq, and the relaxation of US sanctions against Iran have demonstrated that political instability is now a very serious factor for international markets. US decline has given the various great powers of the world a larger share of global military and economic power, and these great powers often act in ways that are highly disruptive to global financial markets. It is now imperative for international investors to have a proper understanding of international relations and political risk factors, otherwise they will be certain to make poor investment decisions.

In his famous 1993 paper, The Case for a Ukrainian Nuclear Deterrent, John Mearsheimer argued that a war between the Ukrainian state and Russian state was likely, and that therefore Ukraine should keep its Soviet-era nuclear arsenal to deter said conflict. In doing so, Mearsheimer was consistent with the general theme of offensive realism; namely, that states are not only the highest actors in international politics, but the only actors that really matter.

After the start of the Ukraine crisis, Mearsheimer was praised by other realists for having “correctly predicted” the nature of the Ukraine-Russia conflict in his paper.
However, in his 1996 book “The Clash of Civilizations,” Samuel Huntington argued against Mearsheimer’s predictions, and made a prediction of his own; one which turned out to be much closer to the truth.

Based on his “civilization” model of International Relations Samuel Huntington stated that it was more likely for Ukraine to be partitioned along national and ethnic lines than it was for a united Ukrainian state to go to war against the Russian state. Huntington pointed out that Mearsheimer made the common realist mistake of focusing on Ukraine as a unitary state:

“A statist paradigm, for instance, leads John Mearsheimer to predict that ‘the situation between Ukraine and Russsia is ripe for the outbreak of security competition between them. Great powers that share a long and unprotected common border, like that between Russia and Ukraine, often lapse into competition driven by security fears.’ A civilizational approach emphasizes the close cultural, personal, and historical links between Russia and Ukraine and intermingling of Russians and Ukrainians in both countries, and focuses instead on the civilizational fault line that divides Orthodox eastern Ukraine from Uniate western Ukraine, a central historical fact of long standing, which, in keeping with a concept of states as unified and self-identified entities, Mearsheimer totally ignores.

The current situation in Ukraine is far more consistent with Huntington’s prediction of partition along civilizational lines than Mearsheimer’s prediction of inter-state conflict. The partition of Ukraine is indeed more violent than that of Czechoslovakia (over a thousand people have been killed in Ukraine since the start of the war in April, whereas the breakup of Czechoslovakia was peaceful) but far less violent than the partition of Yugoslavia, which killed almost 150,000 over the course of 8 years. And instead of any real conflict between the Ukrainian state and the Russian state, there has been a conflict within Ukraine along national-civilizational lines.

In predicting a war between Ukraine and Russia, Mearsheimer ignored the internal political and cultural landscape of Ukraine, which led him to view Ukraine as a unified actor and predict an inter-state conflict. Huntington, by examining Ukraine’s unique national characteristics, correctly predicted the current civil war.

Whether you’re an International Relations scholar or an investor, offensive realism will not adequately predict inter and intra state conflicts. Samuel Huntington’s theory, that religion, ethnicity, and culture are at least as important as the interests of the national government, is a much more reliable view of international politics. An investor who looks at Ukraine with an understanding of its ethnic background and unique national characteristics is much more likely to predict the nature of national and international conflicts, and by extent, less likely to make bad investment decisions.

The Cancellation Of A Civilization
Conservative Firing Line

Taddeo Receives Flurry of Endorsements for FDP Chair
The Floridian