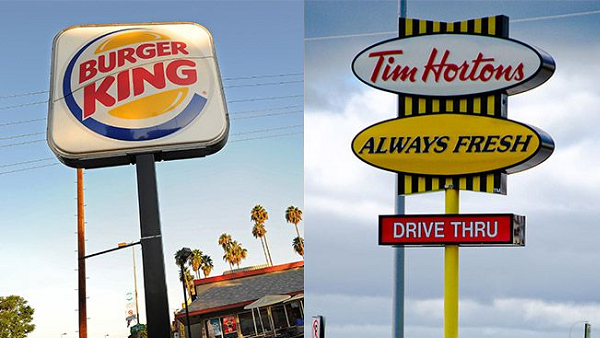 The Burger King/Tim Hortons merger is big news largely because it comes soon after President Obama chastised American companies for trying to perform so-called tax inversions. Obama and Treasury Secretary Jack Lew strongly implied that tax inversions were not economically patriotic. So, of course, the media has jumped all over this latest deal.

However, reducing taxes does not appear to be the motivation for this particular merger. After all, Tim Hortons’ marginal tax rate of approximately 28% is actually running a bit higher than Burger King’s 25% tax rate. Still, if the merger proceeds, the U.S. government will lose out even if the combined entity’s overall tax rate goes up. That’s because the merged company will be headquartered in Canada.

Enter Warren Buffett. Remember him? He’s the man who has regularly advocated for higher income and estate taxes on wealthy Americans. He’s the man who has argued that the rich should leave most of their money to the government. Yet he’s also the man who manages to escape high taxes by receiving most of his income in the form of tax-favored dividends and capital gains; and by making sure that most of his fortune goes to the Bill and Melinda Gates Foundation, thus significantly reducing potential estate taxes as well.

So what is Mr. Buffett doing now? He is helping to finance the Burger King/Tim Hortons deal. According to unconfirmed reports, Buffett’s Berkshire Hathaway is planning a PIPE. That’s an acronym that stands for private investment in public equity. It seems that Berkshire will invest billions of dollars in preferred stock. Given the company’s past history, this preferred stock will pay a very generous dividend to Berkshire and it will be convertible into common stock sometime in the future.

There’s nothing wrong with that. Buffett is clearly one of the greatest, smartest, and savviest investors of all time and he is doing exactly what he is supposed to do — make money for shareholders. Yet this deal is also consistent with Buffett’s hypocritical nature when it comes to taxes. On the one hand, he argues for higher taxes on the rich. On the other, he does everything he can to reduce the tax bite by taking advantage of loopholes. Interestingly, in this particular deal the overall tax bite could go up. It’s just that the money will go to the Canadian government, not the U.S. government.