The Recent Rise in Volatility Could Be Lasting 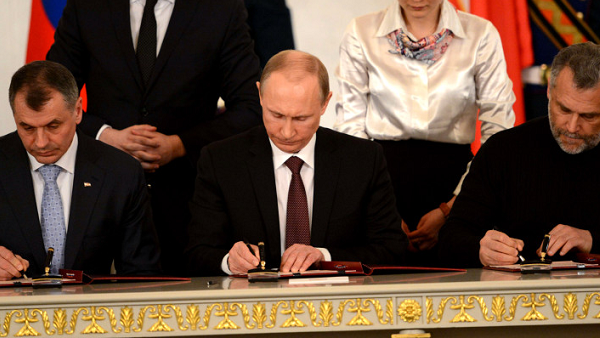 It’s been an exciting three weeks in the stock market. Prior to Friday’s rally, the major averages were down about 4% from their mid-July highs. At the same time, the S&P 500 Volatility Index (VIX) surged 51%. I’ve written at length about the remarkable degree of complacency in the markets, but things have changed.

Ironically, investors have become more nervous just as there are increasing signs that the economy is improving. The Advance estimate for second quarter GDP growth was 4.0%, a big improvement over the revised contraction of 2.1% in the first quarter. Many economists are still blaming the harsh weather for the weakness in the first quarter. I’m still not buying that story. The weather certainly had a negative impact, but it can’t explain the entirety of the contraction. Otherwise, the rebound in the second quarter would have been stronger.

The employment report also provided some encouragement. Nonfarm payrolls were up 209,000 in July. That’s mediocre. The better news was that the unemployment rate inched higher because the labor force grew faster than the population. This is a hopeful sign that some of those people who had given up hope of finding a job are looking again.

Still, if you believe as I do that stocks have run up too much in anticipation of an improving economy, it would not be unusual to see some selling on the news. Unless we get some blockbuster economic numbers, the selling could continue.

Of course, there are plenty of geopolitical issues to worry about too. These include one conflict between Ukraine and Russia, another between Israel and Hamas, and a third between ISIS and just about the whole world.

Of these three conflicts, only the first has the potential for serious economic disruption in the near term. The U.S., Europe, and their allies have imposed economic sanctions on Russia. It’s no surprise that Russia retaliated with sanctions of its own. The U.S. can probably weather this trade war fairly well; however, Europe’s and Russia’s economies are more fragile. Unless Russia backs down, there is no doubt that these sanctions will have at least a modest negative impact on global economic growth.

However, Russia’s president, Vladimir Putin, appears determined to get his way. He has already managed to annex Crimea with hardly a peep from the rest of the world. Even Ukraine seemed resigned to losing Crimea, what amounts to a huge island in the Black Sea, to the Russians. Besides, Crimea belonged to Russia prior to 1954 anyway. Back then, both Ukraine and Russia were part of the Soviet Union, so the transfer to Ukraine at the time was really nothing more than a symbolic gesture.

Putin must have been at least a little surprised by the lack of outrage over Russia’s annexation of Crimea. No doubt, this has encouraged him to do more. He seems intent on punishing Ukraine for wanting to lean toward the West. On the one hand, he makes public remarks calling for dialogue and negotiation. Then he arms Russian separatists in Ukraine with sophisticated weaponry. The downing of Malaysian Airlines Flight 17, resulting in the deaths of almost 300 people, was one horrible consequence of Putin’s strategy. It also reminded the world of Putin’s KGB roots and it made him a bit of a pariah in diplomatic circles.

The events in Ukraine have been blamed for much of the recent volatility in stocks. That’s why stocks rallied on Friday in response to reports that Russia may have ended military exercises on the Ukraine border and was withdrawing troops from the region. That raised hopes that the situation may be deescalating. However, such a conclusion would be entirely premature. After all, when it comes to Putin and Russia, you have to see it to believe it. One thing I do believe is that Putin will return Edward Snowden when he wants to get back into the good graces of the West.

As for the Middle East, it is a region that is embroiled in perpetual conflict – so much so that the rest of world hardly notices anymore. So far, investors seem to believe that what happens between Israel and Hamas, or what happens in Syria and Iraq, will have a minimal impact, if any, on the world’s economies. According to the United Nations, more than 100,000 people have been killed in the conflict in Syria and more than 2 million Syrian refugees have fled the country. Since 2003, as many as 500,000 Iraqis have been killed. These are real genocidal numbers, yet they don’t include the latest rampage by ISIS, which has been executing Christians, Yazidis, and non-Sunni Muslims. As bad as it is, compared to what is going on in Iraq and Syria, the conflict between Israel and Hamas looks like a minor skirmish. Yet that’s the conflict that has grabbed the media’s attention. This may change now that President Obama has finally ordered military action in Iraq.

As far as investors are concerned, whatever the geopolitical outcomes in Ukraine or the Middle East, chances are that the days of complacency and low volatility are over. I expect to see much more gyrations in stock prices as fall approaches.