The Fed Is More Hawkish Than It Seems 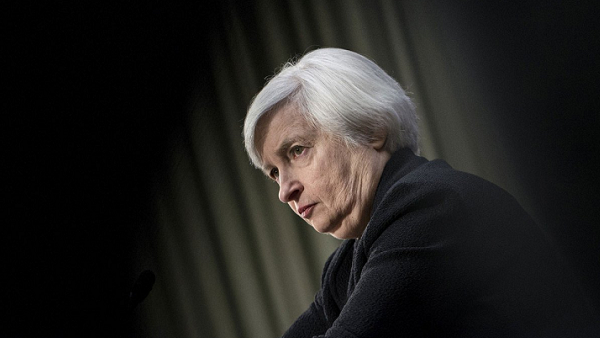 The Federal Open Market Committee (FOMC) finished its two-day meeting and released its statement. Going into this meeting, the big debate among economists had to do with the wording of the statement. Specifically, they wondered if the Fed would remove the words “considerable time” when talking about raising the target for the fed funds rate. When the statement came out, we saw that those key words were not removed.

After some delay, markets rallied strongly during Janet Yellen’s press conference. Investors had come to the conclusion that the Fed was still dovish. Toward the very end of the trading session, however, stocks gave back much of their gains.

The wording of the statement may have been dovish; but the Fed is clearly signalling its intention to raise interest rates. In fact, it released an interesting chart of dots. Each dot on the chart represents each member’s judgment as to where the fed funds rate ought to be at the end of each calendar year through 2017. Based on this dot chart, it is safe to say that there is virtually no chance the fed funds rate will be increased this year. However, the median observation for 2015 is 1.375 percent. That’s well above the current target of near zero percent. In 2016, the median observation jumps up to 2.875%. In 2017, it is 3.75%.

This is more hawkish than many investors expected. It explains why stocks came off their highs at the end of the day. It also explains why the dollar rallied and gold fell.

Two members of the FOMC voted against today’s policy action. Richard Fisher and Charles Plosser believe that the economy has strengthened enough to warrant less accommodation. Plosser also objected to keeping the words “considerable time” in the statement. It appears that Chair Janet Yellen and the other members of the FOMC were trying a bit too hard to keep investors from freaking out. If you ignore the words “considerable time,” it is apparent that the Fed is trying to prepare the markets for higher interest rates in the not too distant future.