Islamic State: Are We Going to Destroy Another of Iran’s Enemies? 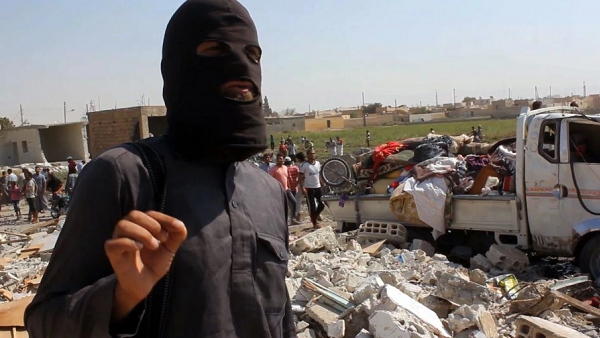 On September 10th, President Obama outlined his general plan for “degrading and ultimately destroying” the organization which calls itself Islamic State. Among analysts and commentators of the Islamic State crisis in Iraq and Syria, there has been an unusual consensus: virtually all of them agree that the destruction of Islamic State, or IS, is firmly in the United States’ interest. And while this idea might have some merit – there is a possibility, however remote, of IS establishing a “caliphate” that would be a safe haven for terrorists who intend to strike the West – it ignores that IS is more of a threat to our regional enemy of Iran than it is to the US. When deciding whether or not it is truly in the US’ or West’s interest to attack IS, we should seriously consider whether potentially preventing some hypothetical, far-off terrorist attack is worth eliminating another enemy of Iran.

In March of 2003 we eliminated Iran’s chief regional enemy by deposing the Sunni elite under Saddam Hussein in Iraq. Iran had fought an 8-year war with Iraq in the 1980s that claimed the lives of 400,000 Iranians. Given Iran and Iraq’s status as the major military powers of the Shia and Sunni world respectively (Iraq under Saddam had a Shia majority population ruled by a Sunni elite) they were natural foes. The US recognized that when it gave aid to Saddam Hussein during the Iran-Iraq War.

Clearly, Iran is the chief foe of the United States in the Middle-East. Our greatest regional allies – Turkey, Israel, Saudi Arabia and the other Gulf states, and Egypt – are all deeply hostile to Iran. And the Iranian clerical elites, rather than the political officials who do not truly run the country, are deeply hostile to and suspicious of the United States. Iranian clerics repeatedly refer to the US as the “Great Satan,” and threaten to remove one of our most important allies, Israel, from the face of the Earth. There is no question about it; Iran is our major enemy in the Middle-East.

This brings us to the fundamental question of the new “campaign” in the Middle-East: “Is Islamic State more of a threat to the United States than it is to Iran and Syria?” The answer is a firm “no.”

First of all, Islamic State are relatively rational actors. They are an evil, despicable group of people, but they are not insane. They have a clear goal – the establishment of a Sunni state in eastern Syria and northern Iraq – and have generally pursued that goal in a rational way. You cannot establish an area of control and influence like IS has without the ability to reason and logically choose strategies and tactics. The leaders of IS have repeatedly thwarted and outmaneuvered the chief generals of the Iraqi and Syrian armies with sophisticated and modern military tactics, striking at vulnerable positions in northern Iraq, and defeating tens of thousands of Iraqi troops with a fraction as many IS fighters. This demonstrates rationality and an understanding on the part of the IS commanders of how wars and conflicts are fought. They’re not quite on the level of Carl von Clausewitz or Sun Tzu, but they have conducted a reputable campaign, and have outsmarted the commanding officers of the Iraqi and Syrian armies. A group primarily headed by irrational, insane leaders would not be capable of conducting such a campaign. Even their beheadings of British and American civilians had some purpose behind it: encouraging ransom payments from UK and US governments, and recruiting more fighters.

Would an organization of this sort be so foolish and unreasonable as to attack the United States, arguably the most powerful country in human history? While possible, it does not seem very likely. A 9/11 style attack on the United States would prompt a massive bombing campaign and a ground campaign from NATO – far more than the limited strikes in frontier regions we’ve seen so far. IS would cease to exist as a political entity. Committing political and military suicide would not fit in at all with IS’ past actions, so it is unlikely for them to conduct a terrorist attack against the United States’ or its allies.

But what Islamic State is doing right now is threatening Iran, Iran’s allies, and Iran’s interests. After all, it has already waged war against the Assad regime in Syria – another US enemy and ally of Iran – and stated explicitly and repeatedly that it does not consider Shias to be Muslims. IS’ current focus is destroying Iraq, another Shia state that is now very friendly with Iran. What we can reasonably expect is that as Islamic State weakens our enemies in Syria and Iraq, it will turn its attention towards Iran. Provided there is no large-scale bombing campaign from the United States, IS will become a military and political threat to Iran in the same way that Saddam Hussein was. While IS will never be as powerful as Iraq under Saddam was, and it might very well opt for a cold war rather than a hot war with Iran, it is still weakening the Islamic Republic’s relative power in the region.

Limited airstrikes, of the kind we’ve seen the United States use since August, could continue to prevent Islamic State from capturing dams or oil-fields that would hurt local populations and global oil markets, without seriously damaging their ability to threaten Syria and Iran.

The simple fact is that Islamic State is not likely a major threat to the United States and its allies, but it is already a major threat to Iran’s allies, and will probably become a major threat – politically and militarily – to Iran. The Sunni world recognizes this, which is why they have been reluctant to launch their own strikes against IS. Western leaders must understand this, before they make the mistake of eliminating another one of the Iran’s enemies for them.