Reports of Russia’s Invasion of Ukraine Have Been Greatly Exaggerated 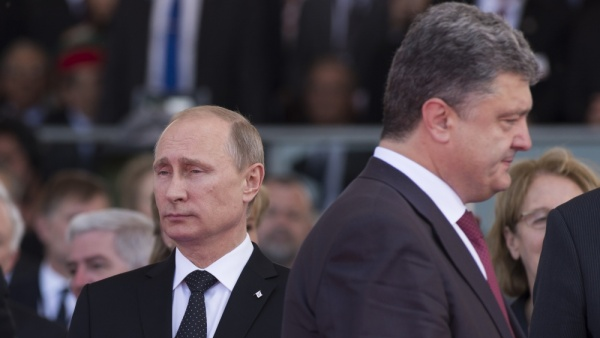 According to NATO estimates, there are at least 1,000 Russian military personnel currently operating in Ukraine. A rebel official from Luhansk has stated that there are 3,000 to 4,000 Russian soldiers “on leave” from the Russian army assisting his forces. There’s also an unspecified number of Russian armored fighting vehicles. Moscow, of course, denies the existence of any Russian troops in Ukraine, aside from 10 soldiers in the custody of the Kiev government.

Clearly, this is not an “invasion” in the literal sense. The number of Russian troops is insufficient to occupy and subjugate any meaningful stretch of territory, and reports indicate that the Russian troops are currently only operating with Ukrainian rebel forces in the south of the country. According to the Merriam-Webster dictionary, an “invasion” requires large numbers and the intention of conquest and plunder. If this was an invasion we would be seeing tens of thousands of Russian troops, and assuming their goal was conquest and integration, they would not be fighting literally side-by-side with the Ukrainian rebels. President Putin appears to be using small segments of the Russian military to prevent the complete defeat of the Ukrainian rebels, which is what we have seen Russia do, albeit on a smaller scale, since the start of the civil war in Ukraine. President Obama has affirmed this, stating in a press conference that the latest action was a continuation of past Russian policy in Ukraine. The US has avoided the word “invasion,” repeatedly referring to the Russian operation as an “incursion.” The word incursion implies a smaller, shorter operation than an invasion.

According to Ukrainian President Petro Poroshenko, Ukraine and Russia have reached a deal on the framework for a permanent cease-fire agreement. Russian officials have played the deal down, saying that as they are “not a party” in the crisis, they cannot guarantee a cease-fire.

EU and US officials have threatened new sanctions if Russia does not withdraw from Ukraine, saying that European diplomats would reach a decision by September 7th. Whatever actions the diplomats agree on would then be sent to the EU member states to be agreed on.

As a result of the 0% growth the EU is facing, one of the actions being discussed would simply be an extension of previous EU sanctions to cover more Russian entities. Instead of some new type of sanctions, such as barring Europeans from buying Russian government bonds, this would be a broadening of the disappointingly weak sanctions enacted on July 29th.