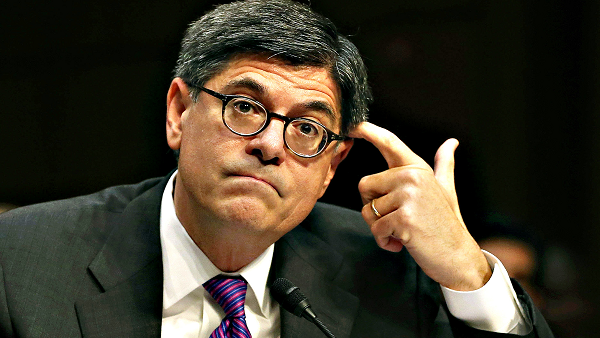 President Obama recently implied that American corporations executing tax inversions were unpatriotic. Just yesterday, the Treasury Department announced new rules that would make it more difficult for American companies to invert. These rules have prompted a sell-off in several key companies that were in the process of completing inversions. Medtronic (MDT) saw its shares drop. It is trying to acquire Covidien (COV), an Irish company, which also suffered a price decline. Interestingly, the new rules are structured in a way that should have no negative impact on Burger King’s (BKW) pending acquisition of the Canadian company, Tim Hortons (THI). No doubt it is just a coincidence that President Obama’s favorite businessman, Warren Buffett, is involved with that deal. (“Nudge nudge wink wink” as Monty Python used to say.)

Anyway, yesterday’s action by Treasury will do nothing more than appease some voters who think that big bad corporations do not pay their share in taxes. It will do nothing, however, to increase tax revenues. That’s because all corporations, whether they are headquartered in America or not, are already required to pay U.S. taxes on their U.S. profits. So even if an American company consummates a foreign acquisition and moves its headquarters to a low-tax jurisdiction such as Ireland, it will still pay U.S. taxes on its U.S. profits.

So why all the furor over tax inversions? The major advantage of a tax inversion has to do with foreign profits that have not been brought home. The U.S., unlike other countries, taxes U.S. headquartered companies on the profits they earn abroad. Of course, these profits have already been taxed by those other countries; but the U.S. government wants its share of those profits as well. As a result, if a U.S. company brings home foreign profits, perhaps to increase dividends or invest in a new plant, it must pay an additional tax to the U.S. government. Even though it will receive a foreign tax credit, that additional tax could be substantial. On the other hand, the company will owe no additional tax if it invests the money abroad and creates jobs in other countries. As long as it does not repatriate those profits, it won’t pay that additional tax.

Is it any surprise then that there is a hell of a lot of money sitting abroad? In fact, according to the Center for American Progress, a left-leaning think tank, U.S. companies have approximately $2 trillion of unrepatriated profits on their books, money that the government would love to get its hands on. Ironically, the company with the largest pile of dough sitting abroad is a company that is beloved by the left. At the end of fiscal 2013, Apple Inc. (AAPL) had $111 billion of unrepatriated profits on its books, a sum that increased by $29 billion in just one year. Because Apple did not want to get hit by the repatriation tax, it actually borrowed money in order to increase the dividend and buy back common stock. This is a brilliant (and legal) way to minimize taxes; yet I can’t think of a better example that fits President Obama’s definition of “unpatriotic.” Fortunately for Apple, it has Al Gore sitting on its board of directors to give it cover from the left.

The new Treasury rules will not bring more money into the government’s coffers. They might make it more difficult to consummate a tax inversion, but they will also ensure that foreign profits remain in foreign jurisdictions. The only way to really fix this problem is to reform the tax code. At the very least, the government should reduce the corporate tax rate to a level that is competitive on a global basis. That would go a long way toward eliminating the incentive to restructure businesses for tax reasons. Thankfully, our government is filled with politicians from both sides who work together so well. (Nudge nudge wink wink!)