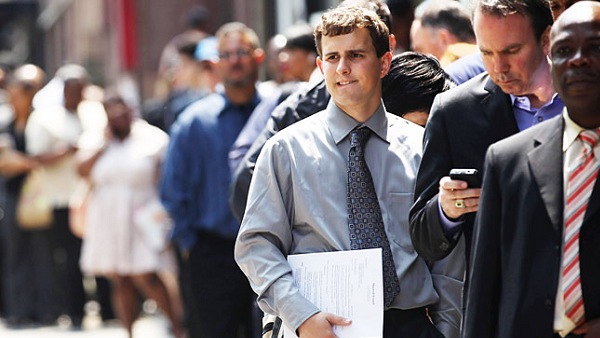 The Employment Situation report for the month of September looks great on the surface. The unemployment rate plunged to 5.9% from 6.1% in August; nonfarm payrolls climbed by 248,000, well ahead of the consensus expectation; and the nonfarm payroll figures for July and August were increased by 31,000 and 38,000, respectively. What’s not to like?

For one, the participation rate fell to 62.7%, a new post-1978 low. In fact, even though the civilian noninstitutional population increased by 217,000 in August, the civilian labor force (i.e., the number of employed and unemployed people) fell by 97,000. We continue to see this trend of a rising number of people who are 16 years of age or older, yet a shrinking number of people who are in the labor force. This isn’t happening just because more of the young are going to college and more of the old are retiring. That’s only part of the story. The rest of the story is that more and more people are apparently concluding that work just isn’t worth the effort.

When you look at incomes, it’s easy to understand why so many people believe work doesn’t pay. Average hourly earnings in September ($24.53) fell by a penny. Real median household income was $56,436 in 2007. In 2013 it was just $51,939. Since the end of the financial crisis, most of the job growth has occurred in the lowest-paying industries, such as Leisure and Hospitality. A large number of people who are counted as employed are working part-time because full-time work isn’t available to them. So yes, it is becoming easier to find a job, but it is harder to find a good-paying job.

Bad jobs are better than no jobs, so in that sense it is correct to say that things are getting better. Yet at the same time, more Americans are relying on some sort of government assistance. For example, expenditures on the Supplemental Nutrition Assistance Program (Food Stamps) were $30.9 billion in 2007. By 2013 expenditures on this program had surged to $74.7 billion. No doubt some people really need the help. Yet you have to wonder how many people receiving some sort of assistance are making an economic calculation. After all, why work if the government will provide your basic needs? We still have a long way to go before things get back to pre-financial crisis levels.