GoPro: Not a Pretty Picture for Shorts 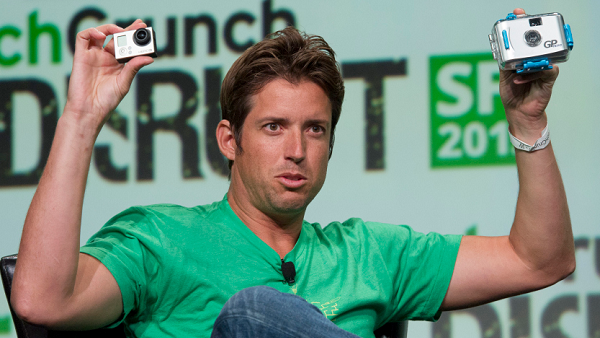 Some stocks go up and some stocks go down. But some stocks go up no matter what–even when the market takes a big plunge. Take GoPro, Inc. (GPRO), the maker of wearable cameras. The company’s various products are extremely popular with narcissistic extreme-sports enthusiasts who want to see themselves perform their favorite activities in extremely high-definition. The cameras are hot sellers on Amazon.com (AMZN).

Revenues for the three months ended in June were up 38% year-over-year. That’s the kind of growth that makes momentum investors salivate. Unfortunately, the company isn’t yet turning a profit. It lost $20 million that quarter, almost four times as much money as it lost in the year-earlier quarter. Thanks to non-cash expenses such as depreciation and stock-based compensation, however, GoPro managed to generate a small operating cash flow.

The stock is expensive by other measures, too. Market capitalization is more than $12 billion, yet GoPro’s book value is only $47 million. And if things go according to plan, the company will generate only about $1.5 billion in sales in 2015. But things may not go according to plan. After all, there is nothing to keep competitors such as long-time camera experts Nikon and Canon from coming out with their own high-definition products. Polaroid, long considered a has-been, already has a competing product on the market that sells for just $99.

Polaroid’s camera is not as good as GoPro’s Hero cameras, but that’s not the point. The point is that GoPro shares are overvalued. One reason the stock price is so high is because growth-oriented momentum investors are buying it like crazy. The more important reason is that it is almost impossible to short the stock. If investors can’t short the stock, the price can only go up.

Regulations prohibit “naked” shorting. This means that brokers must be able to get the stock before they can let investors go short. Yet once investors are short, there is no guarantee that they can stay short. For example, if the broker borrowed the stock from another investor who was long, the broker must return it when that investor wants it back. As a result, the broker can force the shorts to close their positions even if they have plenty of margin available in their account.

Investors who are long GoPro are not making the stock available for shorting. Investors who did manage to go short, are now being forced to buy back the shares, creating the inevitable short squeeze. That’s the real reason the stock price has been rising.

But GoPro shares are sitting on a foundation of straw. As is common with IPOs, insiders are subject to a lockup agreement. This means they cannot sell their shares until 180 days after the offering date. As a result, a potentially large amount of GoPro stock could become available for sale at the end of December. That alone could drive the stock price significantly lower.

Just a few weeks ago we saw the stock briefly plunge when word got out that Nicholas Woodman, the company’s founder, wanted to break his lock-up agreement with the underwriters in order to put almost 6 million shares into a charitable foundation that he and his wife created. The stock fell in reaction to the news even though the foundation had no immediate plans to sell the shares. Just the mere possibility that so many shares might become available for sale made bullish investors extremely nervous.

GoPro is an extremely overvalued stock, yet there’s no telling for sure when the selloff will begin. If might not happen until the very end of the year when the lockup expires and employees start selling. However, it could happen sooner if investors begin to anticipate the lockup expiration and sell in advance.