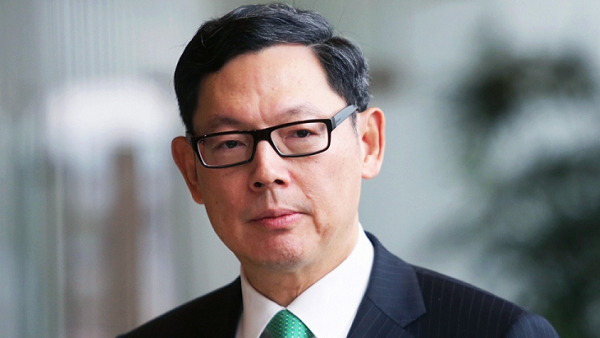 Hong Kong is currently buzzing with exciting news from the HK Monetary Authority.  Starting today, the daily exchange limit of 20,000 RMB per person will be abolished. This is seen as a move by China to enhance the status of Hong Kong as an offshore RMB business centre. The new arrangement will benefit financial institutions enabling them to issue RMB-based financial products.  However, the Hong Kong limit of RMB daily remittance stays unchanged.   Huh?  I can buy all the RMB I want but can only “wire” 80,000 RMB per day. The official line is that “cross-border capital flows are subject to complicated additional regulations and are subject to future industry and public demand, so these regulations may be amended.”  To read between the lines, this means China’s illicit financial networks have been saved by the bell.

China’s illicit financial network, or translated colorfully as “underground money-store” (地下钱庄), had its start in the 1440s.  Money-store (钱庄) was a legitimate industry then.  Both Ming and Qing dynasties used gold, silver, as well as silver-copper alloy coins as currency. Merchants face issues of inconvenience and safety of carrying silver on business trips. To resolve these issues, merchants would open an account at the Money-store to deposit silver and receive a statement book that reflects the ongoing balance and transactions.  Withdraws could be in silver or “silver deposit slip” (银票). These slips functioned as privatized paper currency and were accepted as legal tender.  This financial network was loosely governed by industry associations.  These silver deposit slips could be redeemed at different “banks” in China. Money-stores derived income from fees, business loans and investment. Most of prestige Money-stores were generational businesses, often outlasting regime changes.

In the 1860s, China was near bankruptcy after years of civil war, fiscal mismanagement by the Qing Imperial court, and occasional wars against colonial powers. Against this bleak backdrop, the Shanghai stock market experienced its first “irrational exuberance” between the years of 1872-1882, funded mostly by loans made by Chinese money stores and foreign banks.  However, when bubbles burst in 1883, foreign banks called in their sizable loans.  This loss of confidence and credit crunch triggered waves of business loan defaults, and bank runs on Chinese money-stores. By 1884, the financial network had weakened significantly, further crippled by the regime change, civil wars, and competition from modern banks.  Money-stores faded into the folds of history by the 1920s. Or, so we thought.

Fast forward 60 years or so, when Deng Xiaoping enacted economic reform in the 1980’s. Money-stores came back with a vengeances, went underground and added money laundering and illegal foreign exchange transactions to its menu of service. In the first 15-20 years of economic reform, the net money flow was outward. In the recent decade, the net money flow seemed to have reversed as China became a desirable place to invest and the renminbi appreciated. For example, in 2007 Chinese foreign exchange reserves had increased by 266.3 billion US dollars. Removing the trade surplus of $112.5 billion and $31.9 billion in foreign direct investment, one can assume $121.9 billion some-how found its way into China via back channels.  It is a well-known secret that the majority of these transactions involved Hong Kong entities.

This prompted a “treasure hunt” on illegal money-stores since 2005. In August 2007, official news reported a crackdown of a large scale operation in Shenzhen and the ledger shows that 43 billion RMB had been “transacted” on behalf of 55 clients since 2006.  Interestingly, some clients were large state-sponsored enterprises that had unimpeded access to official channels for foreign exchange but opted not to.  There were surely lucrative incentives for these decision makers to take on such risk.

Coupled with money laundering, the illicit financial network is like a bad odor in a crowded elevator; everyone knows what happened, but embarrassing silence continues.  A recent search on Baidu.com (China’s equivalent of Google) with various Chinese keywords related to “underground money-stores” showed very few relevant news articles with the 2007 case being the latest reporting of a crackdown on official government media.  It is safe to assume illicit money-store operations are protected or even owned by powerful political allies who benefited from these channels.  A thorough spring cleaning of the industry may uncover links to a great number of politicians and cause core instability of the regime. Given the unwritten rule in Chinese politics, stability is primary and must be projected at all costs; illicit money-store activities will continue to exist for a long time.