Is God a Libertarian?
How the Bible Established a Country Without an Executive Branch 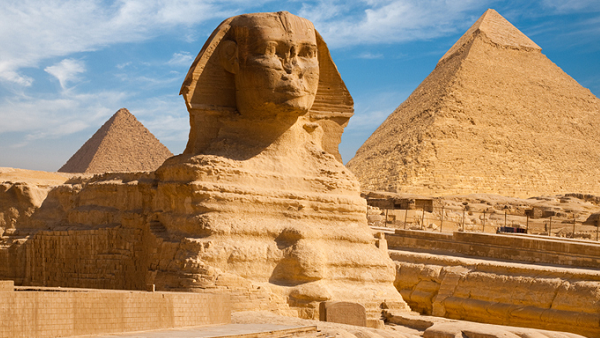 Many Christian writers on economics claim that the Bible endorses neither capitalism nor socialism. They cut off the heads of both systems and install their own, often referred to as a “third way,” in which they scavenge through the carcasses for the best parts of each and stitch them together into a new creature. Unfortunately, the creature resembles an economic Frankenstein more than the good doctors care to admit.

Economic systems are nothing but laws concerning how people relate to each other about property. No society has ever existed without an economic system because the things we depend upon to survive are scarce, especially food, clothing, housing, and the land and resources needed to produce them. They are not like the air, of which everyone can have as much as they need. Because the necessities and pleasures of life are scarce, someone has to decide who controls them and uses them.

The most striking thing about the Torah government is the degree to which it differs from that of ancient Egypt. Moses was raised in the pharaonic school and enjoyed an education in the Egyptian wisdom that awed the Greeks. The children of the pharaoh, nobility, and foreign vassals attended the boarding school that trained them in the knowledge and skills needed to run the country in the future while indoctrinating them in the worship of the pharaoh and Egyptian philosophy. The curriculum included reading and writing in the Egyptian language and Babylonian cuneiform, mathematics, music, and military strategy. It’s likely that Moses lived and went to school with the pharaoh who reigned during the exodus and died in the Red Sea.

Egypt was a theocratic dictatorship. Pharaoh was not only king but a god and the single representative on earth of all the gods. He owned all of the wealth of Egypt, though he allowed citizens to use it. The bureaucracy was overbearing and expensive, as might be expected for projects as massive as the building of the pyramids. Today, the nation most like ancient Egypt might be North Korea where the supreme leader is virtually worshiped.

Moses could have taken advantage of his training to create the Israeli government in the image of Egypt. But, Israel couldn’t have been more different. It had no king, pharaoh, Caesar, president, nor dictator. In other words, it had no executive branch except during war when the judges acted as supreme commander of the volunteer army. After the army had achieved victory, that leader usually became the chief justice and the army disbanded.

When there was no prime minister, and there were no bureaucracies, cabinet heads, or ministers of trade, roads, defense, agriculture, health, environment or the hundreds of other agencies that multiply and clog the machinery of modern governments. Israel had no standing army, police, pentagon, FBI, ATF, NSA, CIA or any other of the alphabet soups of agencies. So Israelis didn’t pay taxes to fund an oppressive executive branch as did ancient Egyptians and US citizens today. Family members performed the police work of catching criminals while service in the military was voluntary, except for peer and family pressure.

The Israel created by God had no legislature. Egypt’s legislative powers resided with the pharaoh as a god. God retained Israel’s legislative authority and only he could make or change laws. He gave the first law to Moses on Mount Sinai and again after the 40 years of wilderness wanderings just before Moses died and Joshua led the nation to conquer Canaan. The second issue of the law contained some minor additions and changes to the first, but from that point on no man could add to or subtract from the law. Moses needed to be a prophet as well as a judge in order for God to give Israel his laws, but he was unique even in that respect because no other prophet in Israel’s history added to the God-given law. One of the most important jobs of the priesthood was to teach the people God’s laws.