Once Again Stocks Rally in Response to Central Banks 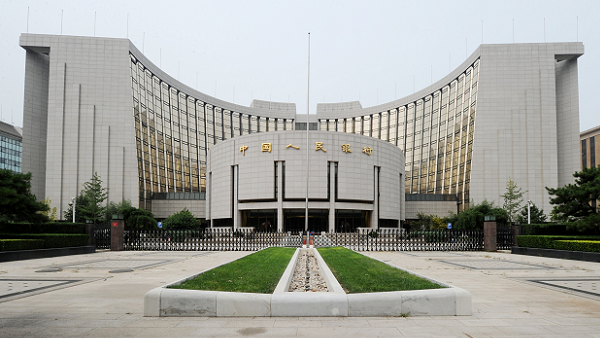 he headquarters of the People’s Bank of China, the Chinese central bank.
(Photo by Mark Ralston / Getty Images)

I woke up Friday morning to news that stock futures were way up. I didn’t know why, but I was willing to bet it had nothing to do with President Obama’s speech on immigration. Sure enough, it turns out that once again investors were cheering central bank policies. A few weeks ago, it was Japan’s central bank that put investors into a celebratory mood. This time, it was China’s and Europe’s.

This is one of my biggest concerns. Stock prices seem to surge every time a major central bank confirms that things are so bad that lower interest rates or more quantitative easing is necessary. Even though the Federal Reserve has ended QE in the U.S., it is still promising to keep interest rates low. And investors get euphoric whenever there is a suggestion that the Fed may have to keep rates low for longer than it initially thought. Furthermore, all the other major central banks around the world have decided to mimic our Fed. The thinking seems to be that if it worked here, it will work there, too.

But that’s bad thinking precisely because it assumes that economic growth in the U.S. was the result of QE. Loose monetary policies in the U.S. have been extremely effective in causing asset-price inflation; yet they appear to have done very little to help boost economic growth. It is true that economic growth in the U.S. is stronger than it is in Europe or Japan. Still, despite all of the effort expanded by the Fed to get things moving in the U.S., growth is incredibly weak. Given the depths of the Great Recession caused by the financial crisis of 2008, even if the Fed had done very little, we should have seen a much stronger rebound. The lesson to be learned from all this is that monetary policy is not nearly as effective as fiscal policy in lighting a fire under a moribund economy.

Unfortunately, central banks in many parts of the world have not learned this lesson. Or maybe they have learned it, but they also realize that their politicians are about as likely as the ones in the U.S. to actually do something. That might explain the situation in Europe and Japan, but China is another story. After all, there is only one political party in China. Getting things done there does not require a lot of back and forth bargaining between political leaders. Yet China announced that it, too, is taking steps to stimulate its economy. You see, the Chinese are spooked that economic growth was only 7.3% on an annualized basis during the third quarter. Imagine that. Only 7.3% growth!

What worries me are these rallies in response to bad news. Because stocks are not particularly expensive, investors feel comfortable bidding prices higher whenever central banks loosen monetary policies. And because there is little evidence of inflation, central banks feel comfortable adding more and more stimulus. And now that oil prices have crashed, it may be a long time before central bankers start worrying about inflation.