Is God a Libertarian?
Ancient Israel Was A Nation Without a Congress 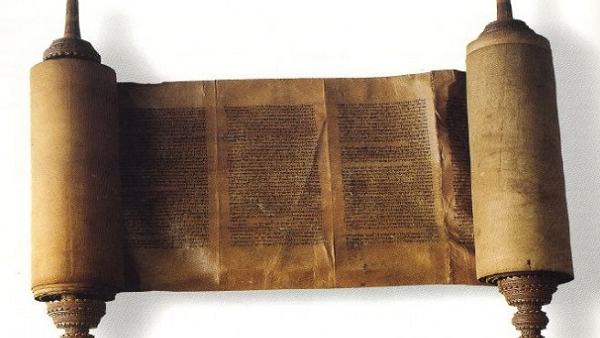 The only branch of modern or ancient government that God included in Israel was the court system. The courts of ancient Israel settled disputes between citizens. Families and tribes enforced the decisions of the judges. The lower courts judged the most common disputes while the more difficult ones filtered up through the system to Moses. After the conquest of Canaan, the lowest courts convened at the gates of cities large enough to have walls with the elders of the city acting as judges and jury. The people chose respected men who had the wealth necessary to permit them to take time off from work to participate in court duties. Courts collected no taxes to support the system.

Israelis paid no taxes to support executive, legislative, or judicial branches of government. The only tax required was a tithe (10%) paid to support the temple and priesthood. Priests came from the tribe of Levi and God did not give the tribe land to support them, although they could own houses in towns and work at a trade. God intended the tithe to support the priests and provide for the poor. From the perspective of the government, the tithe was voluntary: no army, IRS, police, or other tax collector would extract payment or throw a citizen in jail for not paying the tithe. As far as we know, no one could take a citizen to court and charge him with a crime for not paying the tithe. Only God enforced the tithe. It acted as a test of the people’s devotion to God. A godly people would pay the tithes and offerings and cause the temple and priesthood to flourish. But when the people rebelled against God, the priesthood suffered. Such was probably the case in Judges where we read about a priest wandering the countryside looking for a means of support and being taken in as the family priest.

According to Jewish scholars, the Torah law has a mere 613 commandments. Compare that to the tens of thousands of laws regulating American life. The Federal Register publishes only new regulations and has averaged 75,000 pages annually since 1970, totaling over three million pages of new regulations in the past 40 years alone. That doesn’t include the tens of thousands of pages of common law created by court decisions or the laws and regulations passed at the state, county and city level. Some economists estimate that regulations cost businesses $1.8 trillion annually.

Three types of law made up the Torah – religious, moral, and civil. Religious law covered the operation of the temple, sacrifices, and Sabbath observance. Moral law dealt with the duties of the people to each other that resulted from the nation’s relationship to God, such as the duty to not covet or to help the poor. But failure to conform to the moral and religious laws didn’t rise to the level of criminality. The civil law defined criminal activity such as theft, rape, violence, or murder.

The courts enforced the civil law and priests took care of religious law, leaving enforcement of moral law to families and God. For example, Joseph Lifshitz wrote in Judaism, Law and the Free Market that giving to the poor was not a legal obligation that could be taken to court:

For this reason, the Sages defined charity foremost as a moral principle, not a juridical one. Thus, they admonished those who would take money from others in order to give it to the poor: “Better is he who gives a smaller amount of his own charity than one who steals from others to give a large amount of charity.” [1]

All the limitations placed by Jewish religious law on property rights are of a moral nature – they have no legal or monetary standing, and there is nothing in them that changes the legal definition of property rights. Hence, any interpretation that claims the existence of distributive justice in Jewish law as separate from the individual’s religious identity, and defines individual obligations in legal terms and not in moral ones, must be merely a reduction of Jewish Law’s theological principles to an anachronistic political position, and in doing so, also distorts the judicial principle. [2]

A superficial reading of the Torah has convinced socialists that all 631 commands in the Torah are civil laws that the courts must enforce. But Torah scholars disagreed. Israelis couldn’t take neighbors to court for coveting, for example, or breaking the Sabbath laws. Nor could they sue a neighbor in court for refusing to abide by the poor laws, such as the prohibition of harvesting the corners of a field.

The Torah doesn’t state that some laws are civil and others moral because all were equally binding on Israeli citizens, but the judges had the wisdom to discern which laws God had empowered them to enforce and which were better left to God and family to enforce. A general rule of thumb is that laws protecting the life, liberty and property of the citizens constituted the civil laws which judges enforced. Laws regarding food, the poor and religious ceremonies were not.