Move Over Jack Ma, Hu Was on First 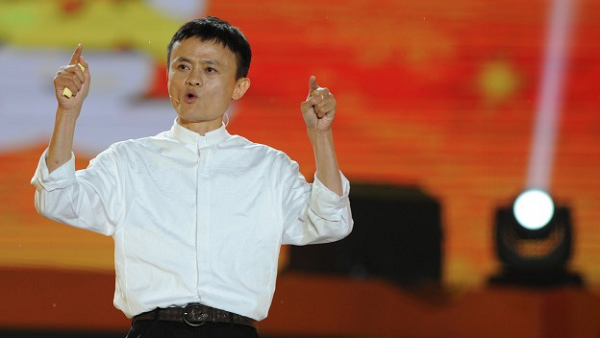 It was the American playwright, Eugene O’Neil, who wrote: “There is no present or future – only the past, happening over and over again – now.” Coincidentally, the biography of Hu Shiue Yan (胡雪巖/胡雪岩), a Chinese business tycoon, also conveyed a 190-year-old story that was old yet oddly familiar and relevant to our days.

Hu, born in 1823 during the Qing Dynasty, was the quintessential Chinese entrepreneur.

His story is inseparable from China’s financial network of money-stores (钱庄) . Trained as an accountant at a money-store, Hu made his first bucket of gold by trading commodities and established his own money-store chain. Hu was innovative in developing new client bases such as servicing women depositors, providing life insurance, and personal property management.  Working his connections, Hu convinced many local government officials to deposit the official tax earnings and cash reserves with his money-store for increased credibility and working capital. Some even became silent partners of his 20 branches of money-stores. Over time, Hu made his name known in other industries with significant deals in the silk trade, ship building, real estate, medicine, even weapons trading.  (Hu drew the line at opium — guns but no drugs, I suppose.)

In his capacity as a government appointed procurement officer, Hu engaged foreign banks in Shanghai to finance deals that involved foreign import/export businesses.  Hu was credited for brokering the first foreign bank loan to the Chinese imperial court in history. The Shanghai IPO market had been red-hot since 1872. Businessmen and commoners alike borrowed money to speculate on stocks. Hu played a lucrative role in at least a third of IPO deals. Hu took advantage of market de-regulation, civil war, foreign direct investment, systematic government corruption and cronyism, IPOs, new technology, real estate speculation, and state-sponsored monopoly.   Hu had a lucrative role to play in at least a third of those IPO deals. There were two powerful business-political alliances jostling for power in China. Hu was the de facto treasurer for one of them and so it seemed that his empire was unstoppable.

Hu colluded with raw silk producers in the speculative hoarding of raw silk to extract better prices from foreign buyers. He was successful once before but failed in 1883 because additional raw silk production had picked up in India and Europe.  Three quarters of his net worth evaporated with this deal.  Furthermore, his political allies’ influence in the imperial court were weakening. Once the Qing Imperial court selectively defaulted on key HSBC and Standard Chartered Bank loans where Hu was the guarantor, the house of cards came tumbling down.  As the word got out, bank runs occurred and Hu’s money-store was insolvent within 3 months. In 1884, Hu finally declared bankruptcy and died in poverty in November 1885.

This incident sparked a crisis of confidence in Shanghai.  The situation deteriorated quickly: the Shanghai stock market tanked the same year, bad loans surfaced, bank runs were rampant, the real estate bubble burst, and the foreign banks pulled out their cash.  By the end of 1883, 68 of the 78 shanghai money-stores became insolvent. By the end of 1884, 300-400 money-stores closed all around China.  Failed businesses across all industries were the norm due to the credit crunch.

Hu’s death also foreshadowed the fate of the Qing Dynasty. With precedent set and no debt ceiling, the Imperial court became addicted to foreign loans for survival without regard to their ability to repay the loans.  Piece by piece, China was mortgaged to foreign banks until the Qing Dynasty’s eventual demise in 1911.

Hu’s story began with the boom of a national economy.  Then, with currency debasement, corruption, and the fall of the finance industry, it quickly spread to the bankruptcy of other major sectors, and eventually triggered the end of Qing Dynasty and produced a failed state.  We could have easily changed the years to 2001, 2008, and 2013 and read similar stories in headlines of the financial pages with different business names and countries around the world.  Without the stability which comes from God and godly principles as a proper foundation of economic development, it certainly seemed like Eugene O’Neil had the right idea of past cycles of arrogance and despair, boom and busts, repeating over and over again – now.  As China’s new political regime changeover happened in 2013, will there be new insights and direction to prevent the next China bubble-and-bust to destabilize what is left of the Mao Dynasty?