How Christian Management Principles Won WWII: And How They Rebuilt Japan Afterwards 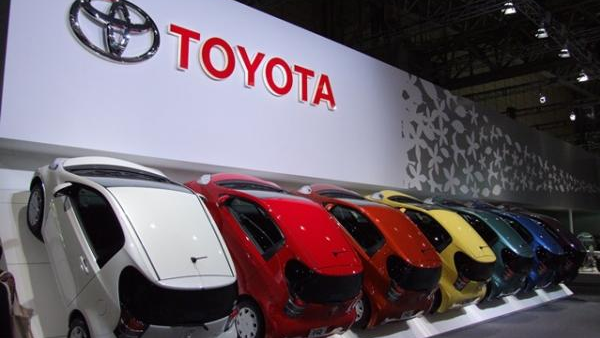 Christianity permeates good business practices, but often its impact is deeply hidden and long lost in history.  One example which, to this day, remains a historic industrial success on a colossal scale, and a financial success on a substantial scale, is WWII’s Training Within Industry (TWI) program.  TWI became a foundation that allowed American industry to wage a product and production war never before seen in human history, and a foundational skill which helped build the Toyota Motor Corporation into one of the most productive and profitable companies over the past several decades.

TWI was a program developed and deployed during WWII to help support America’s industrial ramping up of war products.  It was a huge success in achieving this objective.[1]  TWI was a training-skills program launched in 1940 in the United States during World War II to increase production output to support the Allied Forces’ war effort.  It was an enormous success and was later deployed in Japan during the Occupation to help rebuild the decimated Japanese industry.

TWI’s own roots reach back 200 years to German educator and philosopher Johann Herbart, who developed the original method of training, which he used to educate children. His methodology was brought to the United States in the late 1800s by Americans known as Herbatians.  Charles Allen, one of the American Herbatians and a vocational trainer, used Herbart’s method to develop the 4-step method in the 1910s for training skilled trades in ship building.  Allen also directly trained three of the four lead directors of the TWI program in the 4-Step method of instruction during that time.[2]  This training became the core of the TWI program during the war, and remains the core foundational skills at Toyota and all other present-day organizations using TWI.

In fact, in his 1896 book on Johann Herbart and his methods, Herbart and the Herbartians, Charles De Garmo, another American Herbatian, discloses that proper education, especially in regard to the pedagogy of Herbart, requires the study of scripture, specifically the study of the Patriarchs, Judges, Kings, the life of Christ, the Apostle Paul, and formation of the church, along with other classical readings and history.[3]

The gentlemen, who headed the TWI program during the 1940s and were recruited from industry to develop and deploy TWI, took their effort to support America’s industry very seriously.  They were well seasoned men with a wealth of industrial experience, and another foundation which laid well under the radar which gave them the fortitude to make the TWI a success.  This foundation was their Christianity.

This foundation made TWI underscore American Exceptionalism.  Not only exceptional in TWI’s success during the war effort of the 1940s, but, also, exceptional as it permeated Toyota during the post-war occupation and up to the present as organizations in all industries embrace the principles and skills laid out by TWI into their own efforts of continuous improvement.

So was TWI driven only by the industrial need of the Great Experiment during the dire situation instituted as a result of WWII; or was it driven by something much deeper and more profound?  C.R. Dooley, the Director of the TWI program during WWII, answers this in the 1944 Newsletter:

Once again, on Christmas Day we face this age-old problem with confidence that some day, notwithstanding centuries of struggle, groups of individuals will learn the importance of the dignity and true worth of every individual soul, for whom the very existence of any group is but to serve.

The TWI – Job Relations card says, “People must be treated as individuals.”  This is both good Job Relations and the Christian way of life.

May all our Christmas gifts, given and received, remind us of the parts we play as individuals within the group that giving will be the rule some day among organized groups, industry, labor and nations, as it is and always has been among individuals.

Dooley would write this during the thick of the war effort and the TWI Program.  His letter illustrates the character and virtue of the men who helped to amass the industrial machine to win the war.  These men understood the even larger worldview beyond the war itself.  They willingly put their hearts and minds toward these efforts with the hope that someday the gift of Christmas, the birth of the Christ child, would continue to infuse into the lives of all men.  So faithfully they did their part, as best they could, to instill that same effort into their work in the TWI program.  They definitively understood the true foundation.

[2] Charles Allen also authored a 500 page book exclusively on the 4-step method of instruction, which became the core of the TWI programs.  See Charles R. Allen, 1919, The Instructor, The Man, and The Job: A handbook for Instructors of Industrial and Vocational Subjects, (Philadelphia and London: J.B. Lippincott Company).