The Nordic “socialist” countries have received an unusual amount of attention in international news lately. While Sweden, Denmark, and Finland have received attention for a political crisis, a formal claim on the North Pole, and a complicated relationship with NATO respectively, Norway has grabbed more headlines — at least in the more internationally-oriented papers. Despite the attention Norway has received as of late, myths still persist about its “Nordic socialist” system. Below is an examination of the positive and negative aspects of Norway’s economy, charts showing the recent performance of their stock market, and commentary about how “socialist” their “Nordic socialist” system really is.

Below are charts showing the Earnings, Price, Earnings-to-Price ratio, and Margin of Safety for a “box” of Norwegian stocks. Earnings and Price are representative of the yields and cost of a set of Norwegian equities, which is itself representative of the entire Norwegian stock market. Earnings-to-Price, or EP, is the ratio of yield from an ETF to the Price of the ETF. The Margin of Safety refers to the necessary yield required to compensate for the risk of the Norwegian ETF, according to the calculations of Bowyer Research. What this means is that if the margin of safety is at 0 or higher, the yields from a set of equities are high enough to compensate for the risk. 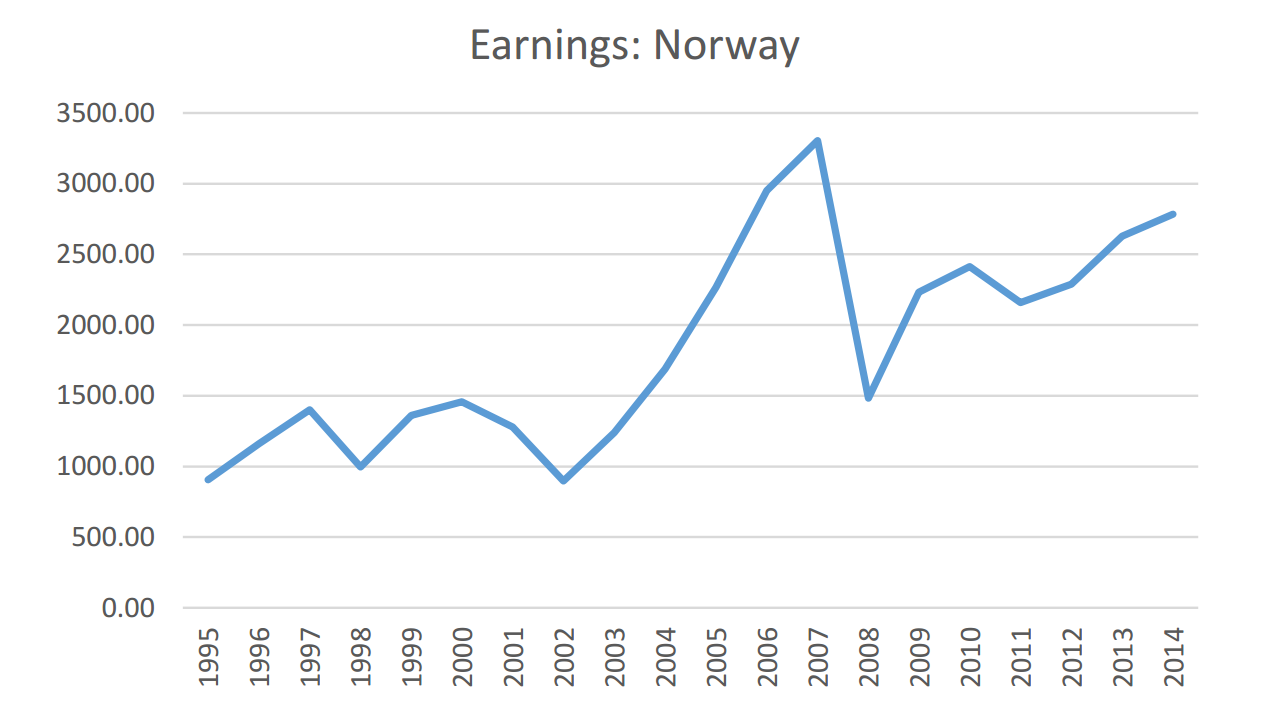 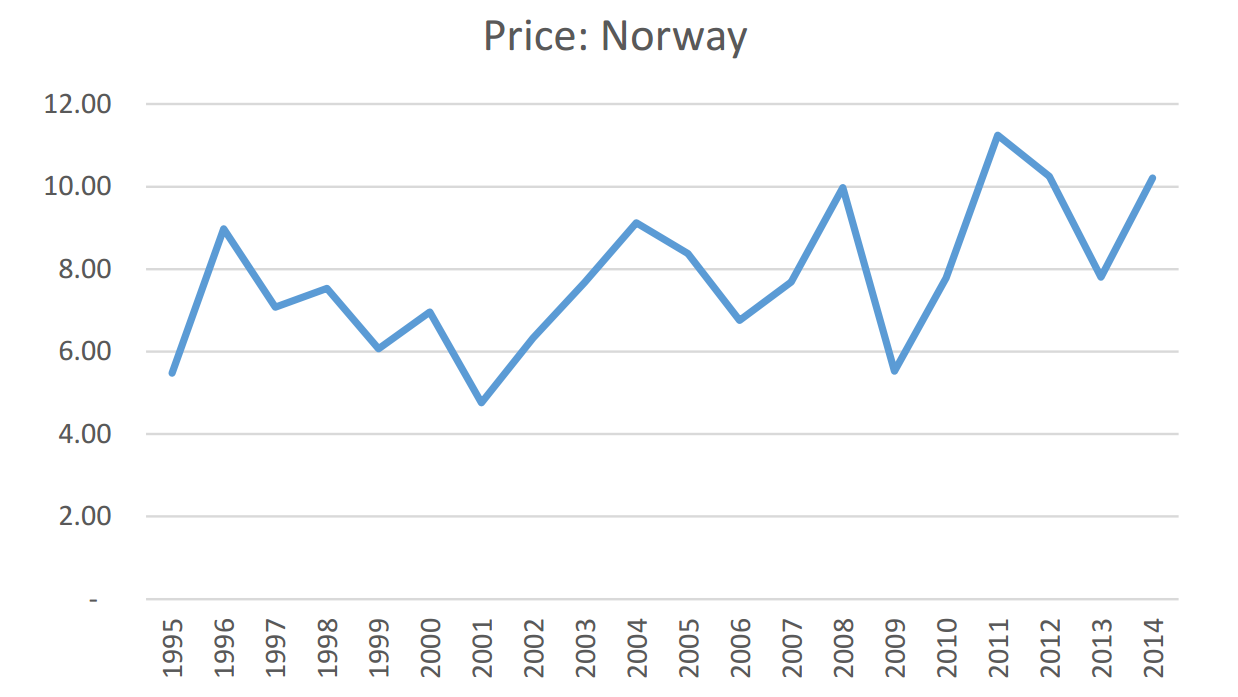 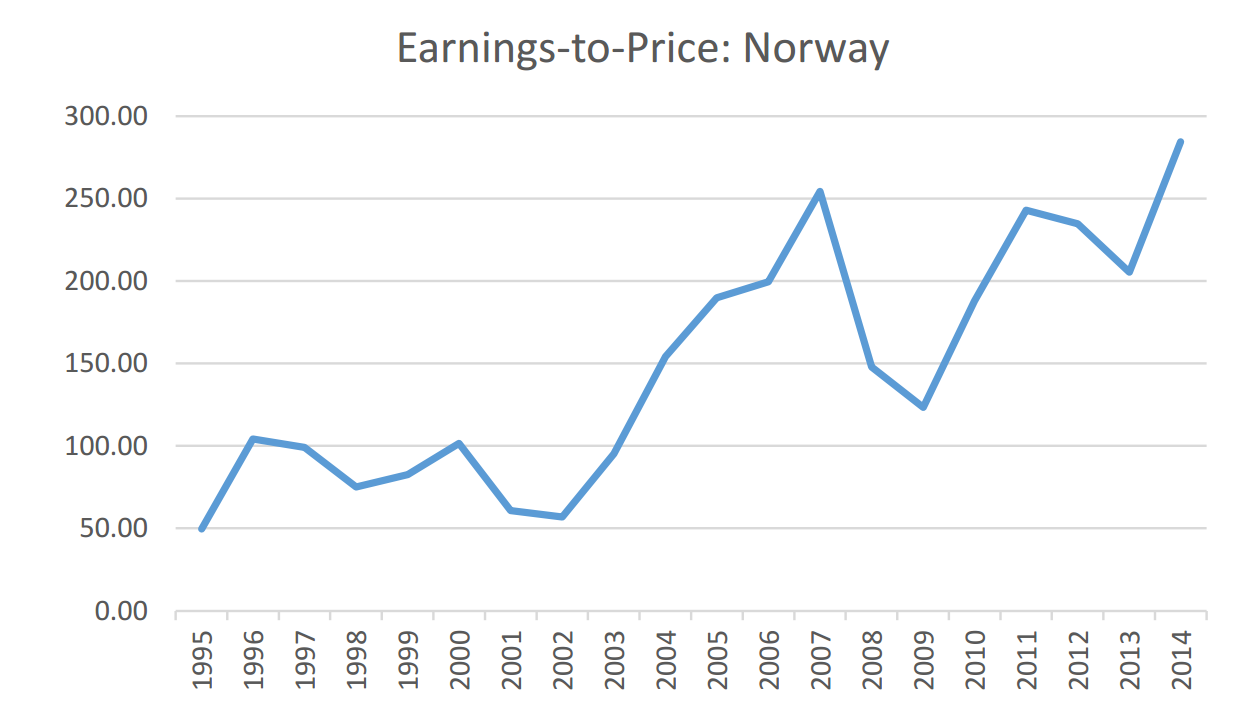 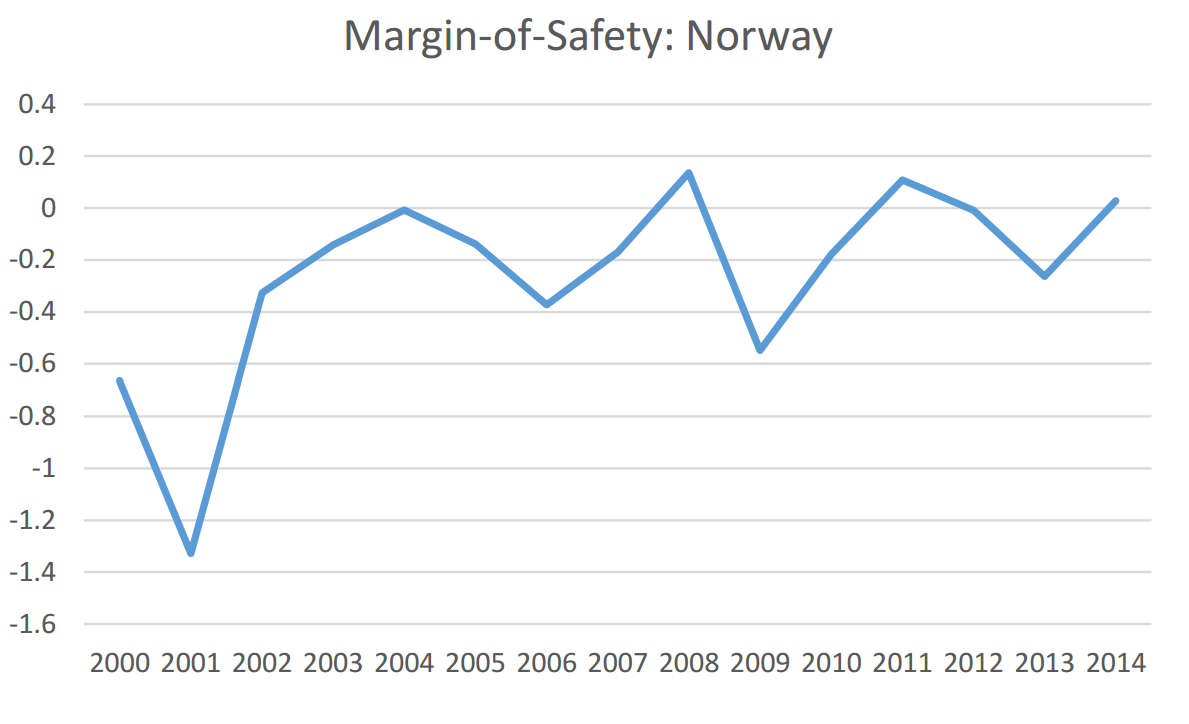 Our calculations indicate that Norway’s margin of safety is close to 0; in other words, the yield from a set of Norwegian stocks is just high enough to compensate for their risk, but no more so. That is to say that Norway is roughly at fair value, in the opinion of Bowyer Research.

From a policy perspective, Norway is generally freer than its European neighbors. In several categories it’s a freer economy than the United States. It is a stable, high income, relatively free, developed, European economy that does not use the Euro. Despite this, Norway is often held up as an example of “socialism working.”

There are major problems with this hypothesis: First, neither Norway nor any other “Nordic socialist” country is actually socialist. Norway is a capitalist state with a relatively free market, but high individual taxes to fund their massive public welfare system. That is not socialism. The Soviet Union was socialist, Norway is not. Any suggestions that Norway’s economic success is a result of socialist economic policies are simply not based in reality.

Like the other Northern European welfare states, Norway has inherited a great deal of wealth from previous generations, and it is plagued by almost perpetually low growth. This is one of the great flaws with the Nordic model; it does not make for dynamic, high growth economies.

Given the major drop in oil prices this year, Norway has a difficult time ahead of it. The ruling coalition is faced with the formidable task of reducing the state’s dependence on the energy sector — and stabilizing the falling Norwegian krone — while maintaining its extensive welfare system. GDP growth is not expected to return to its pre-Eurozone crisis level of 4% for the foreseeable future.