Christians in Myanmar: Give Back Our Land 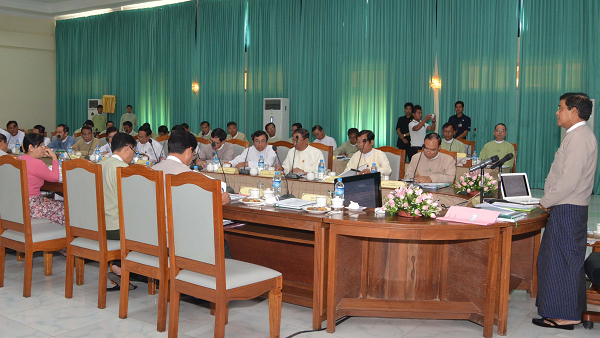 “This IS our family land.” L.N., an energetic pastor and a community activist, expressed his mind through his thick-accented English. With a wave of his hand, he directed our eyes to nearly 20+ acres of open land featuring mature trees, rice patties, a small open pasture, and the whole area dotted with small one-room brick dwellings, chickens, pigs, and cattle. In the distance is a beautiful mountain that separates Myanmar from India. A cool December breeze carried L.N.’s words towards the plains, “The army generals took it from us years ago; we want it back.”

L.N. belongs to a tribal group that call themselves ZOMI, meaning, ‘Zo People”. A borderland people group that were known by the non-tribal plain peoples of Myanmar, Bangladesh, and India as Chin, Kuki, or Lushai. In all 3 countries, they are minority both ethnically and in their religious beliefs. The overwhelming majority of Zomi have joined the Christian faith since the first American missionary arrived and lived in their midst a century ago.   Under a military dictatorship from 1962 to 2011, the Burmese-majority military seized much private land from the citizenry to be given as personal assets to high ranking officials or as rewards to loyalists. L.N.’s family land was one of those far-too-common annexations that occurred across Myanmar.

In 2011, the military junta was officially dissolved following a 2010 general election, and a nominally civilian government was installed. While political reform is currently underway, the land resource reform to guarantee the right of private ownership is a touchy (almost taboo) subject in mainstream Burmese political discourse. This has caused the property market to rise unreasonably, increasing risks to foreign investment, slowing business expansion, and left people like L.N. without any solutions.

L.N. graciously shared with us a simple meal of rice, vegetables, fried pork, and Lahpet, the national delicacy salad made with fermented tea leaves.   He and I also discussed the private ownership issue from a Biblical perspective, as we share the same Christian faith. It was at creation that God the Creator committed the world and its resources to humanity (Genesis 1:28–29). As a result, God granted dominion to this first human pair under His law. This dominion was reinforced in the eighth commandment, “You shall not steal” (Exodus 20:15), which provided for property rights as well. With this command, not only was the principle of individual ownership recognized, but it also thereby regarded as criminal all attempts to take that property from a person in a fraudulent way and to then regard it as one’s own.

There is a glimmer of hope on the horizon. On December 9, 2014, The National Land Resource Management Central Committee held its first meeting at Yangon. In the opening speech by Vice president U Nyan Tan, he acknowledged that existing land policies have flaws and suggested the committee should prioritize policy reform on the legal protection of land ownership rights.  Perhaps the Myanmar government is doing a high-wire act in pursing the long-term benefit of clearly defined private-property rights while trying to minimize the ill will of the old military leadership who had the most to lose when the illegally-seized private land reverts to their rightful owners.

In an ultimate sense, God owns the land.  As Leviticus 25:23 (NIV, 1984) made clear: “the land is mine and you are but aliens and my tenants.” Also, Psalm 24 states that “the earth is the Lord’s and the fullness thereof.” So God owns it all, but He has entrusted it to us (hence all the stewardship parables in the gospels) so that we can learn how to properly manage His resources. May we have the wisdom to do so.